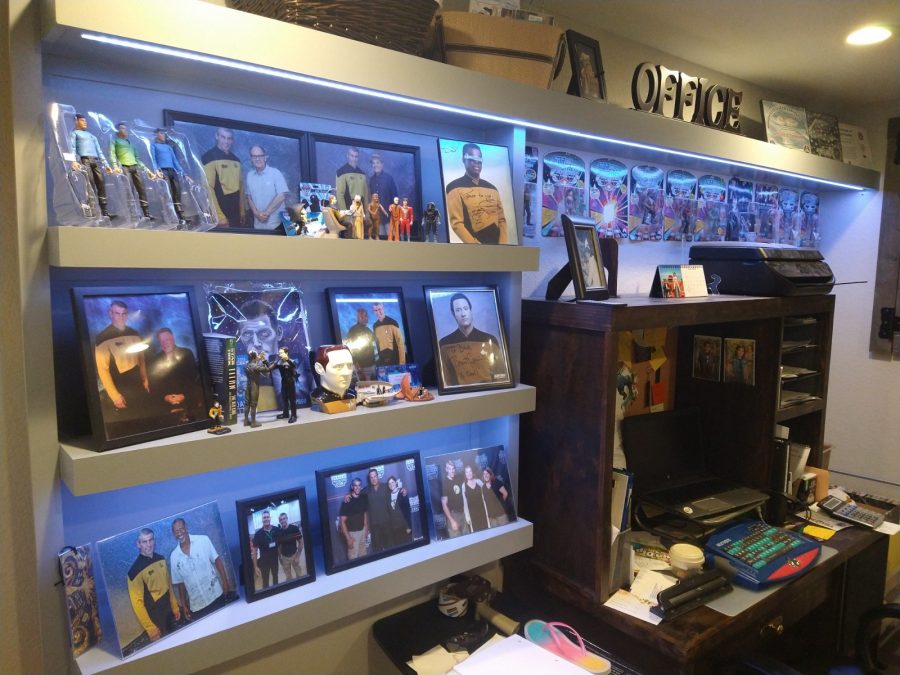 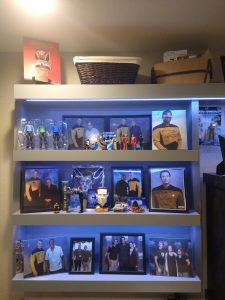 The realm of sci-fi and fantasy is virtually infinite. There is an interest for every person out there. People feel a closeness to things they can personally relate to. The bond to their interest increases when they have something tangible. Like a model, action figures, posters, or pictures. Personally I enjoy having a little of everything, and intend on gaining more items. There are other fans that complete entire sets and they aren’t content until the collection is totally complete.

Even before I joined a club for Star trek, Denver’s USS Tiburon, I had started small collection of Star trek memorabilia and pictures. However, once I joined the club and visited some people’s homes I saw what they had and I realized I did not have very much. There are people with massive ship collections and some have many photos.
When I watch the various series of Star Trek, and I do continuously, I remind myself how much I truly love the actors that play our beloved cast. I love the characters but after watching the shows repeatedly I have gained an attachment to the actors. That makes having photos with them even more special. I can look at my collection and literally see myself with them. With the cast member pictures I always wear my TNG uniform. It’s fun and also makes for uniformity; a continuity when I look from one picture to the next.

Sadly, some actors have passed away. It’s a tragedy for the fans on the whole, but selfishly, those are pictures that can’t be created now. I feel that loss along with the sadness of losing people who impacted my life and the lives of the fans. I make it an urgent mission for myself to get pictures with all 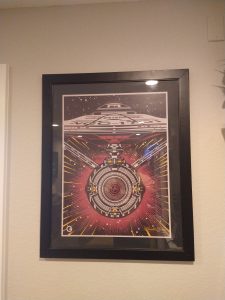 Star Trek actors that remain specifically. That is to say, I do have pictures with other celebrities but I wear civilian attire. I want other pictures but priority is with Star Trek for my collection. 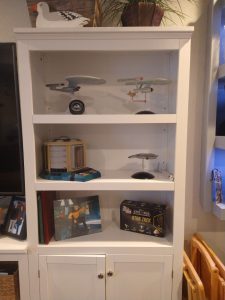 Also in my collection, I am acquiring action figures of the bridge crews to each Enterprise. I could go online and simply order them all. Anyone could do that with enough money. Part of a collection is the time and luck required to complete it. The effort you put in is directly proportional to the satisfaction and pride you get from displaying it. I can remember each convention and comic store when I admire the pieces of my collection. There’s a story, probably boring to anyone else, behind everything I have. Maybe I’m alone in this thought but I can actually remember what episodes were on while I painted a specific model. Like olfactory recollection from a scent.

I do not know what direction I will take my collection. Like I said above, I will get all the photos and autographed head shots I am able. I will find along the way the action figures I want. I want to build and paint all the Enterprise’s. I love what I have so far. I display it all prominently and look forward to what the years ahead gain me. I urge everyone to use this hobby as a way to amplify the enjoyment from being a deep fan of Star Trek and officer of Star Fleet.

Live long and prosper my friends, 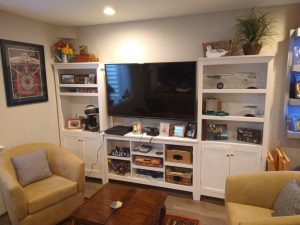 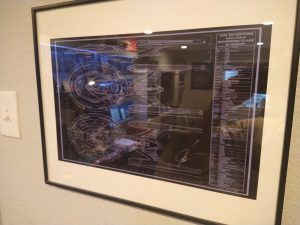 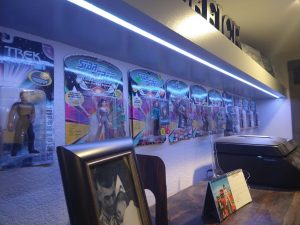