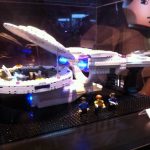 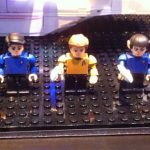 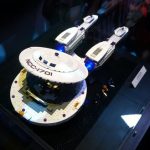 OK so surfing around the internet the other day I happened across an article about some cool toy releases that were displayed at San Diego Comic Con and of course they are STAR TREK related!

For many years I have begged and pleaded with the toy gods, PLEASE PLEASE LEGO STAR TREK.  Well those prayers have been answered at least pretty close,

“Hasbro Toys were showing off some of their KRE-O building block line for the 2013 Star Trek sequel, including the USS Enterprise along with figures for Kirk, Spock and McCoy. The line is due in stores around the release of the sequel. No pricing was available.” from TrekMovie.com