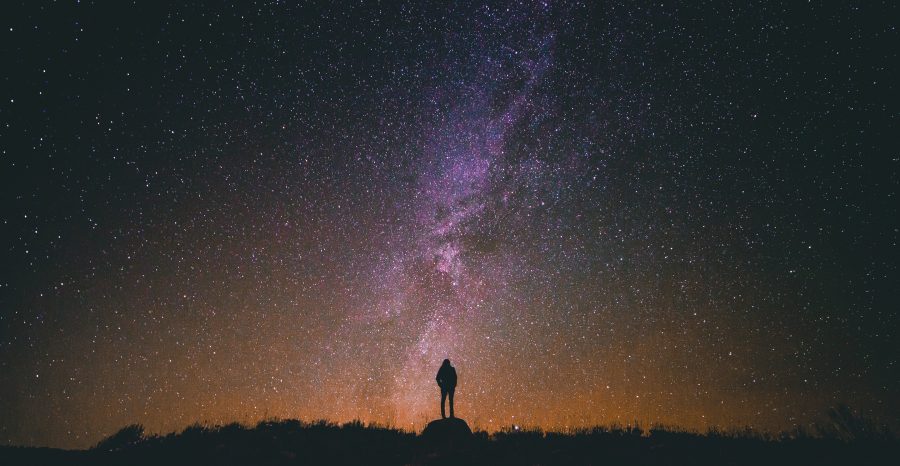 There are about 400 billion stars in the Milky Way and 20 billion sun-like stars, and a fifth of those probably have earth-sized planets in the habitable zone. If only 0.1% of those were capable of sustaining life, there would be one million planets with life in our galaxy. That leaves the possibility for hundreds, if not thousands of developed civilizations nearby. If one were particularly ambitious and had some decent sort of ability to travel between star systems, they could easily colonize the entire galaxy within a million years or so. That might sound like a long time, but in the grand scheme of the cosmos, it’s not really that long at all. If they had a decent head start on things, there is no reason to believe this couldn’t have been accomplished already.

However, there is a profound lack of scientific evidence for extraterrestrial life, even within our solar system. So that begs the question: Where is everyone? That is the essence of the Fermi Paradox. Named for the physicist Enrico Fermi, who asked just that back in 1950, it presents a unique and provocative way of pondering the universe around us. There has been quite a lot of thought put into possible solutions, and not surprisingly, they are a rich source of inspiration for sci-fi, including Star Trek.

Take, for example, the Kardashev Scale that helps group civilizations into three distinct categories based on how much energy they use. This is an indicator as to how advanced they are, and how likely they are to be out exploring the universe. A Type I civilization has succeeded in harnessing all the energy of their host planet. While it might seem that such a feat is a long way off for the burgeoning human civilization at this point, generous estimates assume that we are perhaps three-quarters of the way there. No doubt humanity has come a long way in its short existence, but it still has a long way to go before reaching this admirable goal, and I do believe the Vulcans, should they be out there, would agree. The act of building and harnessing enough power to create and implement a warp engine with an antimatter-matter power source would place our futuristic friends in the Star Trek universe firmly in this category. 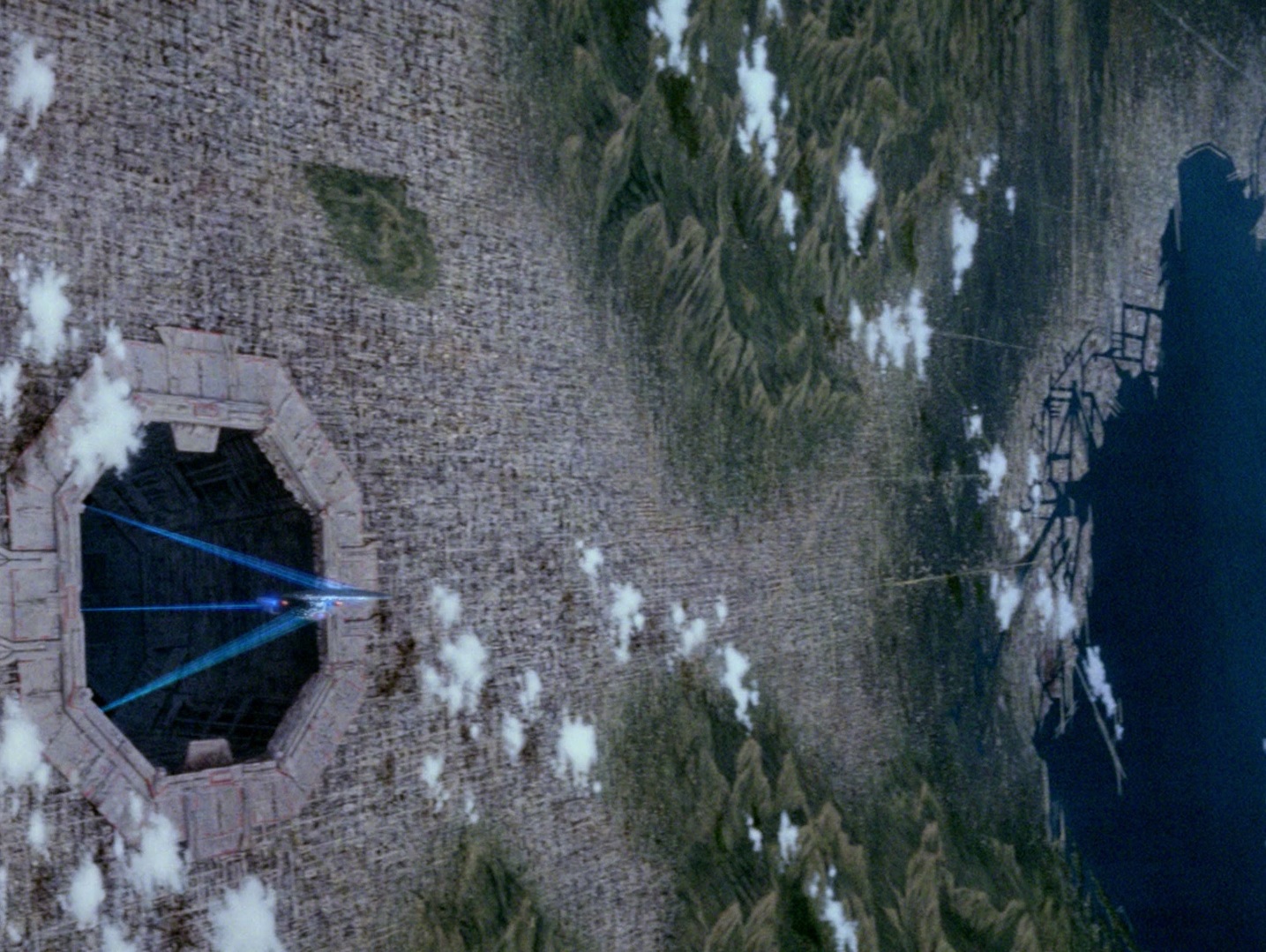 The next stage, Type II civilization, would be one where it has managed to harness all the energy of its local star. An example of a fully realized Type II civilization would be the creators of the Dyson Sphere as encountered by the crew of the Enterprise D in the episode Relics. While Freeman Dyson, the originator of the idea, never took it all that seriously, he did find the depiction in the episode delightful. However, the importance of the sphere itself is not in its feasibility from our current limited perspective, but rather in the contrast it makes with the already impressively advanced technology onboard the Enterprise. It is as far from their grasp as warp drive is from ours – tantalizingly recognizable as technology, but also beyond comprehension in any meaningful way. Such is the power of a Type II civilization.

A Type III civilization is one that has managed to somehow harness the energy of its entire galaxy. Such a thing is nearly impossible to comprehend and now lies firmly in the land of magic. This is the realm of Q, the guardian of forever and the progenitors of the Jazari. Their motives and methods are unknowable, as they themselves wield a god-like power that could only be described as magic. One could only hope that should such an advanced form of life choose to make itself known to us, it would take a form as benevolent as these beloved characters. It is just as likely that it could be as focused on self-preservation as the Borg, sweeping from one star system to the next and taking what it needs to continue without regard for the lower lifeforms it destroys along the way. Earth would be an anthill in the middle of the construction of an eight-lane freeway. It is doubtful they would take any notice.

Now that there is a basis for just what it is that could be out there, it is time to ponder just why the universe is so quiet. There is no evidence of abandoned Dyson spheres, nor the communication signals of generation ships, at least not that we can currently detect. Considering that probability points to there very likely being someone else out there, something else must be at play. In the immortal words of Spock: “There are two possibilities. They are unable to respond. They are unwilling to respond.” It is entirely possible that there just isn’t anyone else out there, or that they just don’t have any interest in interacting with us and are sufficiently advanced to ensure it remains that way.

If there really aren’t any advanced civilizations out there, then there must be something that prevents life from reaching that point. This theory is called the Great Filter and centers around the supposition that there must be some stage in the evolutionary process that is nearly impossible to pass. There is really no telling just what that filter is; it could be something so simple as life evolving to the point of multi-celled organisms, or it could be that as soon as a civilization reaches Type I, their energy production becomes unsustainable and they wind up destroying themselves without ever leaving the planet. As Q points out in All Good Things: “Oh, look, there they go. The amino acids are moving closer and closer, and closer. Oh! Nothing happened. See what you’ve done?” 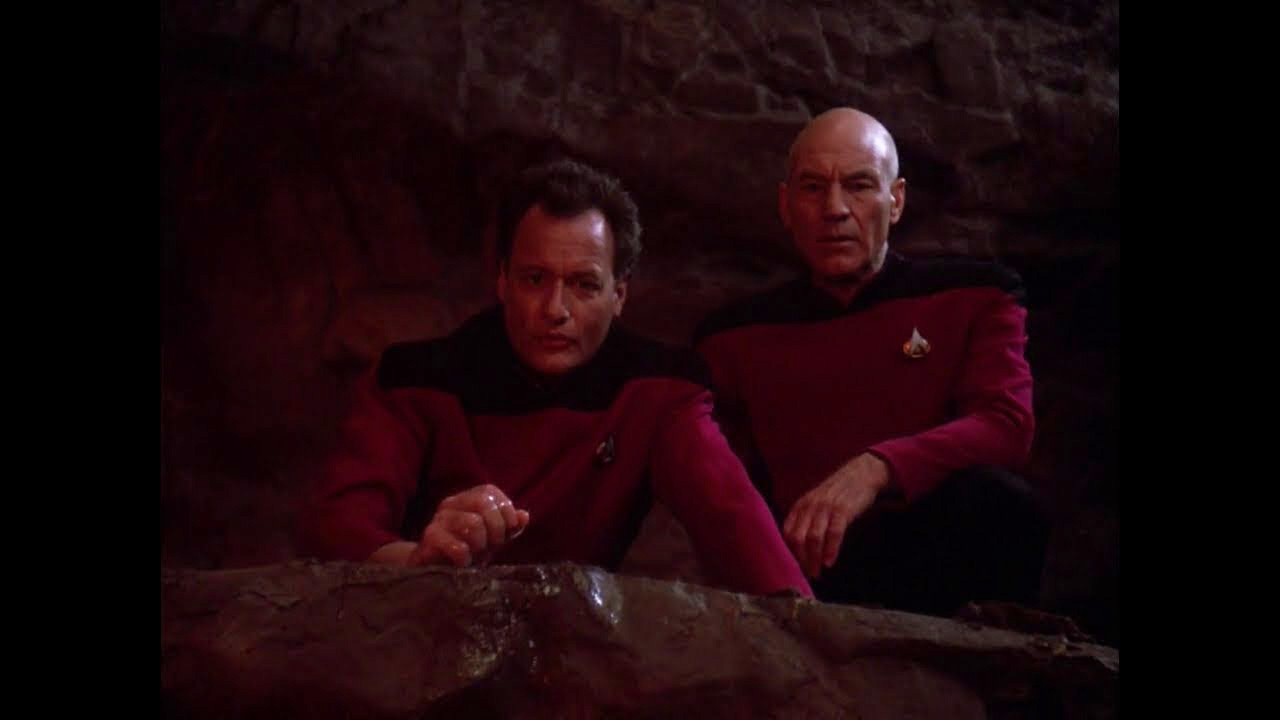 This is either great news, or terrifying, depending on where in our current stage of evolution that Filter resides. If it is, as Q implied, somewhere in our distant past and most life never makes the jump from the simple prokaryote cell to the complex eukaryote cell, then we are doing great! Human civilization is the first, and perhaps only, life in the galaxy to make it to the point we have. While a rather lonely proposition, it does paint a bright future of exploration unhindered by hostile or isolationist aliens. We have the chance to be the ancient humanoids from The Chase, seeding the galaxy in our own image.

Of course, it is possible that we are not really first, and there is some external factor in the galaxy that has thus far prevented any Type II civilizations from forming. Something such as gamma-ray bursts blasting life out of existence that have only recently calmed enough for us to evolve. This would mean that while the Great Filter might still lie before us, the entire galaxy is in the midst of an astrobiological phase transition and there are many other forms of life at the same stage of development we are. This could lead to a very Star Trek type of future where many species evolve and then discover each other at nearly the same point in evolution. Then together, they could face whatever challenges lie before them.

The final option is that the Great Filter still lies somewhere in our future. This terrifying prospect means that we’re still in a stage before most life is destroyed, and we have that to look forward to. In this respect, no news is good news. If we were finding evidence of complex life on other planets in our solar system that have already gone extinct, then it would be a good possibility that we too were headed in that direction. Be it the aforementioned gamma-rays, some manner of technological advancement that inevitably destroys civilization, or a Type III civilization that only allows the pests to reach a certain level, we can all agree it would be better if the Filter was already behind us.

Of course, there is no guarantee that there is any sort of filter at all, and the universe is filled with alien life that lies just out of reach. Perhaps they flew past and took pictures of the dinosaurs, or our planet is just located so far out in the boonies that they haven’t made it to us yet. This is all assuming, however, that it is possible to even know that a Type II or even sufficiently advanced Type I civilization has any interest in us at all. It could be that once they reach that level of sophistication they turn inward, perhaps into a virtual simulation of paradise or consciousness uploaded into transcendent immortality. Thus is the fate of the Talosians and their illusions, or the Organians and existence as pure energy. It could be that expansionist ideas are a symptom of young and unseasoned species, and most choose to keep to themselves.

There are a slew of other reasons why we may not yet be able to detect the existence of extraterrestrial life, but perhaps the one closest to any Trekkie’s heart is the proposal that it is simply because we are not yet ready to see it. There are higher civilizations out there, and they’re watching us, but they choose not to interact with us. Quaintly referred to as the zoo hypothesis, this would most closely resemble the Prime Directive of non-interference with pre-warp culture. The Vulcans are out there, but they’re waiting for us to grow up before saying hello.

This hits sort of a sweet spot for creative expression in Trek, as it implies that we are free to grow on our own, develop and explore, make mistakes and find our own way, but we are not alone. There is someone out there, thinking fondly of us and rooting us on, even if they are not visible at this point in time. The theme is central to Enterprise and gives the entire show a baby’s-growing-up sort of feel. After that, there are the Caretaker and the Traveler; perhaps like gods or Type III civilizations, they are distant but offer a small glimpse of what may be the future. Even Q, as wily as he seems, appears to care deeply for the path of humanity, which is far better than the blind indifference of a superpower that sees us as insignificant.

The possibilities for what may or may not be out there are endless, and there is, and may never be, an answer to Fermi’s Paradox. However, it is not the answers that are important; it is the growth and expansion of knowledge that come from facing the questions. Unabashedly taking on what at first seems absurd, only to find it quite possible in the future – that is the legacy Star Trek has set before us, and it seems only right to follow that bright path into tomorrow.