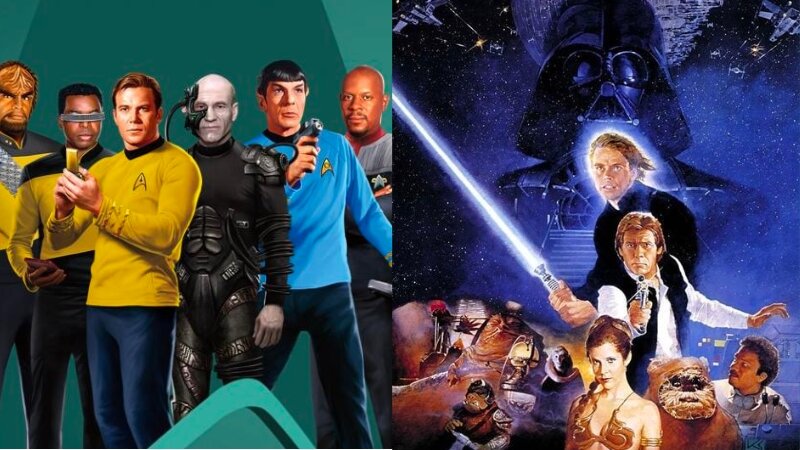 Today, I wanted to examine the differences between the two most popular space franchises, in specific different categories, to see which franchise wins.

Easy win for Star Wars here. Even if we put the Starfleet space pajamas aside and look at other races, they are all pretty dull. Other than the Breen, they are all basically boring. Meanwhile, Star Wars has Stormtroopers, Mandalorians, Vader, Kylo, the list could go on and on. Heck, even the plain Jedi robes are more festive than the PJs.

Going to lean Star Wars again. The blaster is basically a phaser without a stun setting, so we’ll call those a wash. The win here comes 100% thanks to light sabres. I mean c’mon, it’s a laser space sword that can deflect blasters, cut through anything, and also works as a decent night-light. Not to mention, Star Trek phasers are constantly broken. Oh no, the atmosphere of this planet contains bacon bits, and our phasers can’t work around bacon. Let’s not think of other weapons to bring just in case. At least the Klingons bring daggers and swords. Maybe Starfleet away missions need to include a Glock 19.

This one goes Trek. Not that Star Wars ships are not cool or powerful, there just aren’t that many different ones to choose from. The empire basically uses Star Destroyers and Tie fighters. I’m sure they have different names for them, but they all literally look the same. Except maybe one Tie fighter is black. The Rebels basically have X-Wings, the Falcon, and whatever that weird ass space pistol Ackbar flew. In Trek, each race has a plethora of different ships, and all of them are totally different. The ships in Star Trek are also more heavily featured, while ships in Star Wars not named the Millennium Falcon are basically forgettable.

Easy win for team Trek. First of all, Trek is more science fiction, while Star Wars is more fantasy. Star Trek is set in our galaxy, with our race, in a future that is possibly conceivable. Star Wars is set in the past, far away, with space wizards fighting each other with laser swords. Even the far-fetched parts of Star Trek like the Q are attempted to be explained or examined. There is also the idea of warp versus light speed. Many episodes of Star Trek go into the design, function, and progress of the warp engine. In Star Wars, the hyperdrive motivator makes them go fast. No tech, no backstory, just magical tech that everyone in the galaxy casually uses. 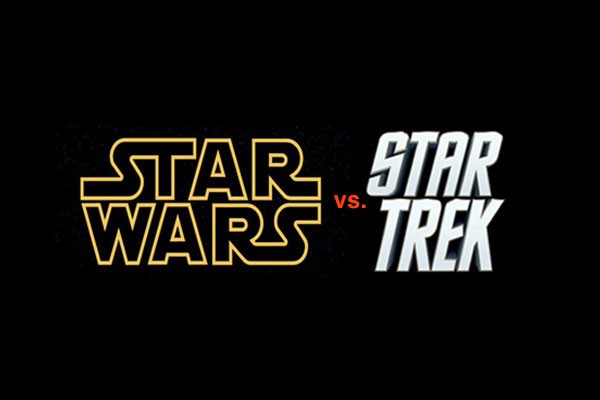