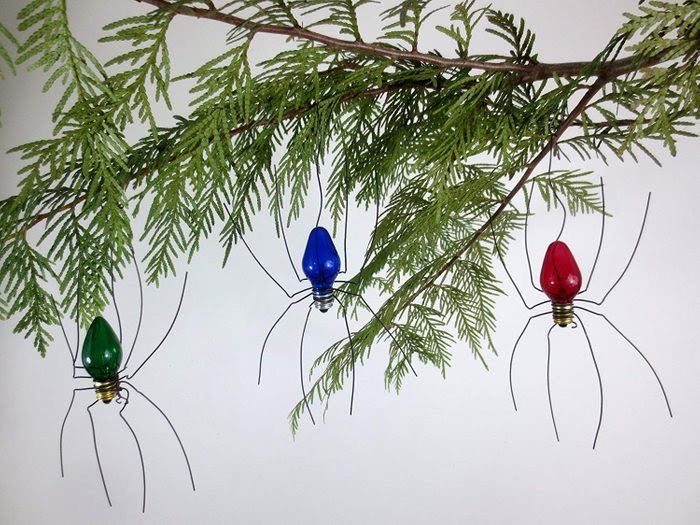 This time of year, as we celebrate the holidays, we all have family traditions we observe. My family had a few that I thought were odd. My mother was German and Irish, and my father is Jewish, so we celebrated both Hanukkah and Christmas. My grandmother (German) always hung a pickle on the tree; the first person to find it Christmas morning got to open the first gift. My brother always found it first, but my favorite was a bit creepy: the X-mas spider. My father would hide a spider in the tree; whoever found it would have good luck throughout the coming year. Every year my dad would make a new one. The last one was my 16th holiday season. It was made with an old Christmas bulb from the tree that had burned out and some green pipe cleaners from crafts my mother had been making. Unfamiliar with its origins, I called my dad to ask if he knew the story behind these traditions. He didn’t know the story of the pickle, but he did know the one of the spider. He said his mother told him it as a boy. There was this widow and her two kids. The mother could not afford to give her children a Christmas, so on Christmas eve she finally told her kids she could not get them any gifts, The kids, being heartbroken, cried themselves to sleep. The spiders in the house heard the kids and thought they could help. They covered the tree in webs, and when the morning sun hit the tree, the webs turned into gold and silver.

The spider is quite tame, as far as dark traditions go. There are much darker ways to celebrate. I’m not going to go into much detail about some traditions, but if you would like to know more, I will leave some links at the end of this article that have helped me with my research. 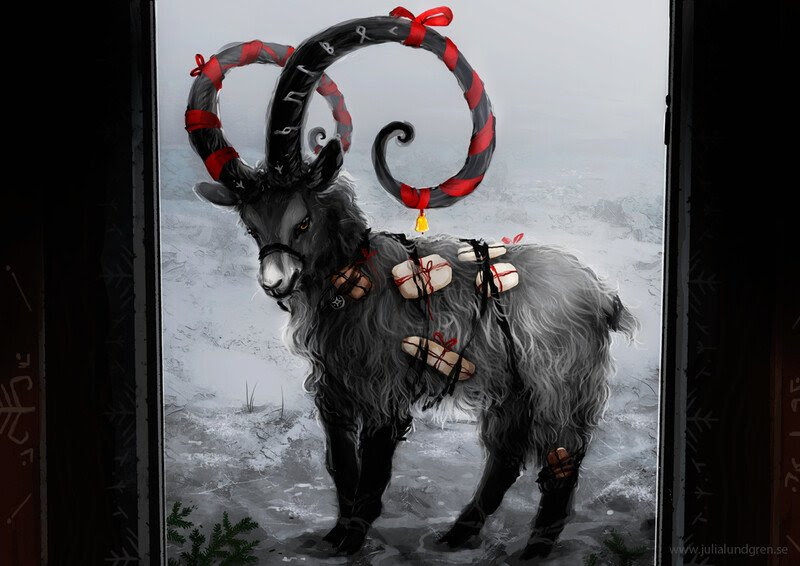 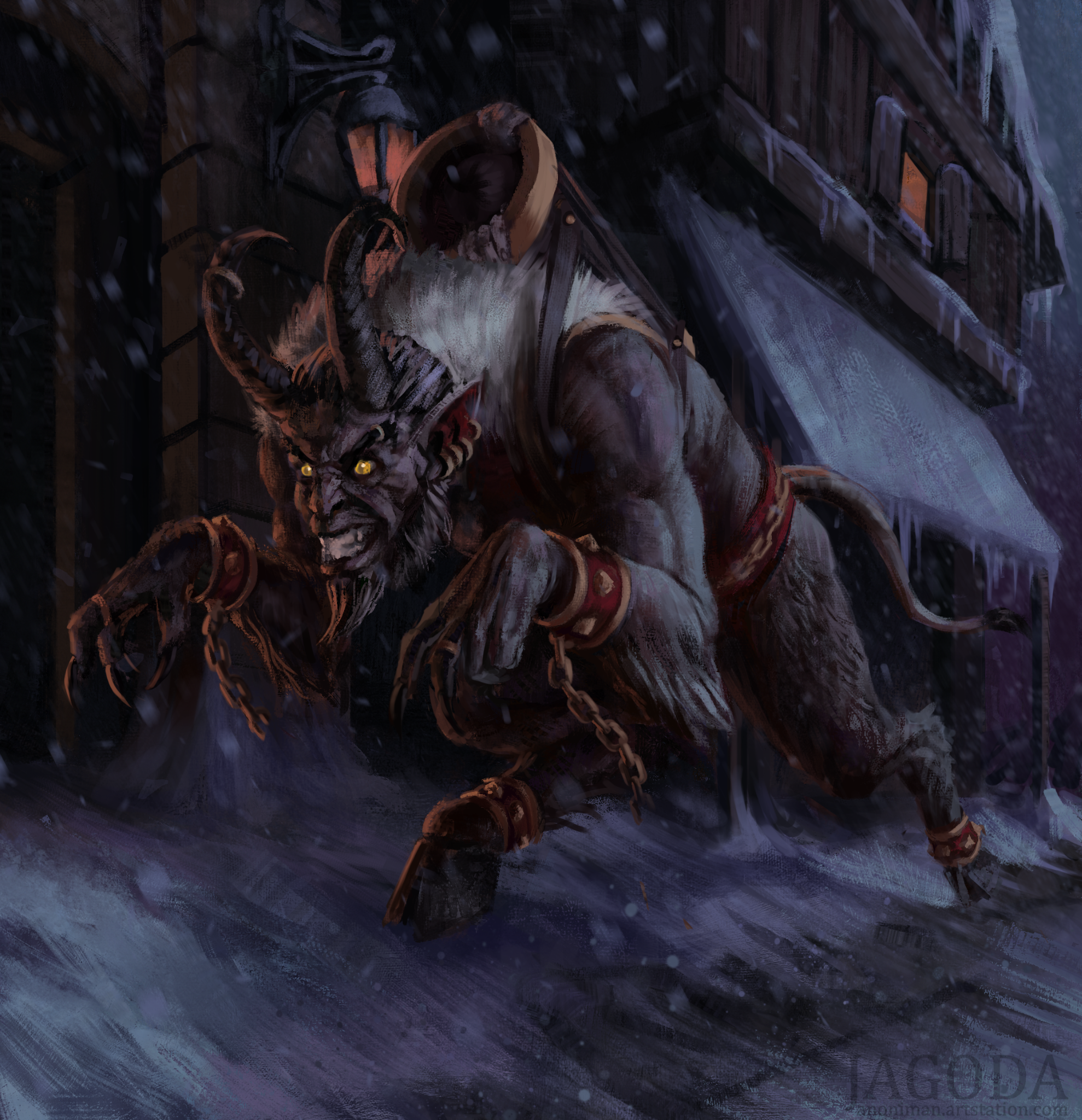 We will start off tame with the Swedish Yule goat. Many modern Vikings dress up as this goat and visit festivals. It is said that instead of Santa’s reindeer pulling his sleigh, he would ride a goat into town to deliver gifts to the good girls and boys. As part of Viking decorations, straw goats are set out to welcome the weary traveler, and in the Swedish town of Gavle (side note: the name of the town has accent marks above the A), they build a giant straw goat and take bets to see if it will make it to Christmas because one of the other towns has a tradition of trying to burn the goat down. Could you just imagine you’re a simple goat, jumping around, chewing on some stuff, just living your best life, when this big old fat man says, “Hey buddy, want to help me deliver toys to some kids?” and you think sure, why not, so he hops on your back and rides you all over town, giving out toys all night long, and at the end of the night not even a thank you. No wonder we end up with Krampus the demon, which is the dark side of old St. Nick. If you are a bad kid, you will be kidnapped and tossed into his basket to be taken to his dark cave and be beaten with holly branches. The Germans have a festival on the 5th of December every year where people dress as the demon and run amuck about town, drinking and hitting other folks with sticks, just being rude. But if you ever get the chance, look up some of those costumes. WOW, some are very good, very scary. For those of us that love new close, there is the Iceland Yule cat where if you don’t have new clothes to wear on Christmas eve, the Yule cat will kill you. Creepy, right? 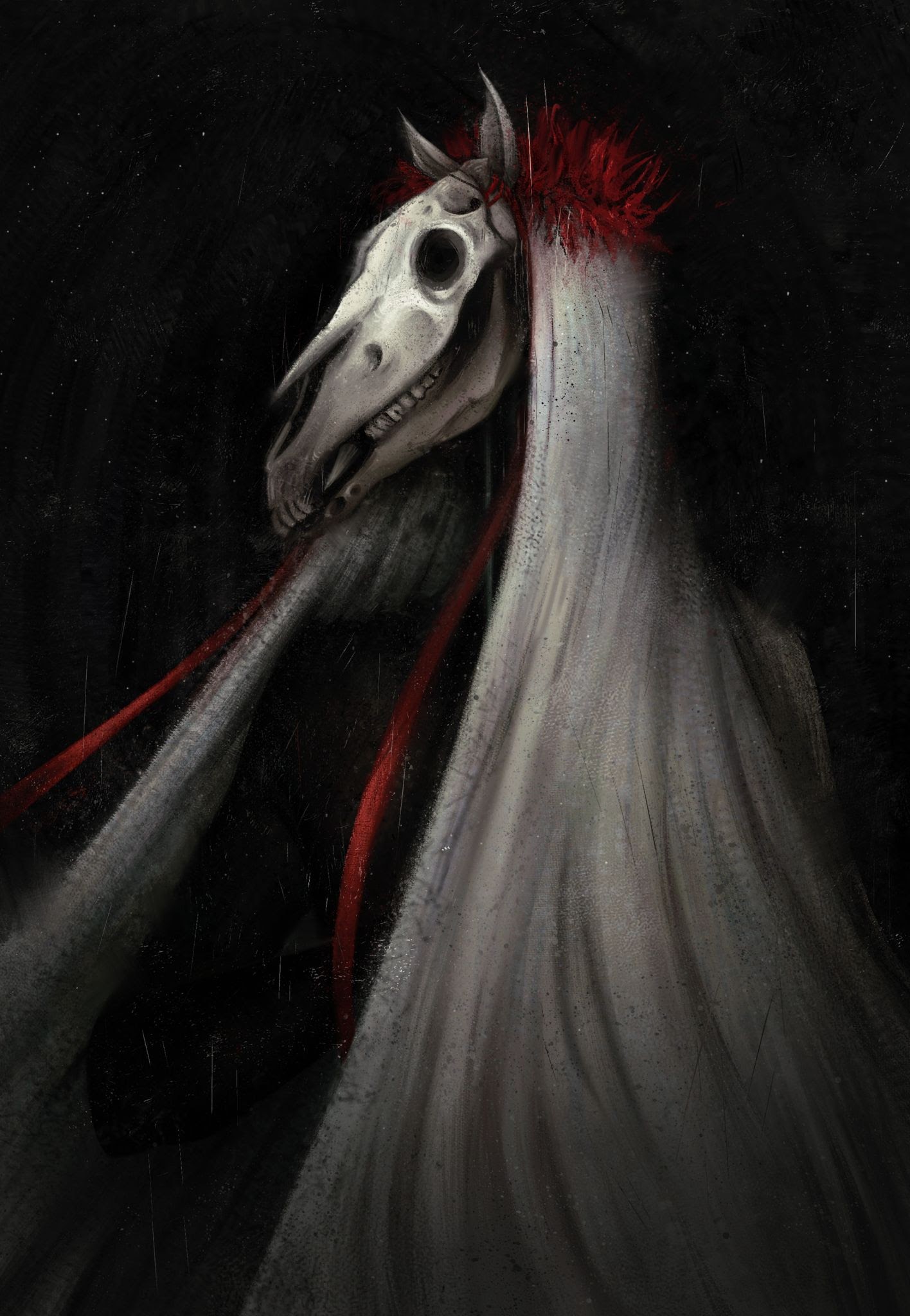 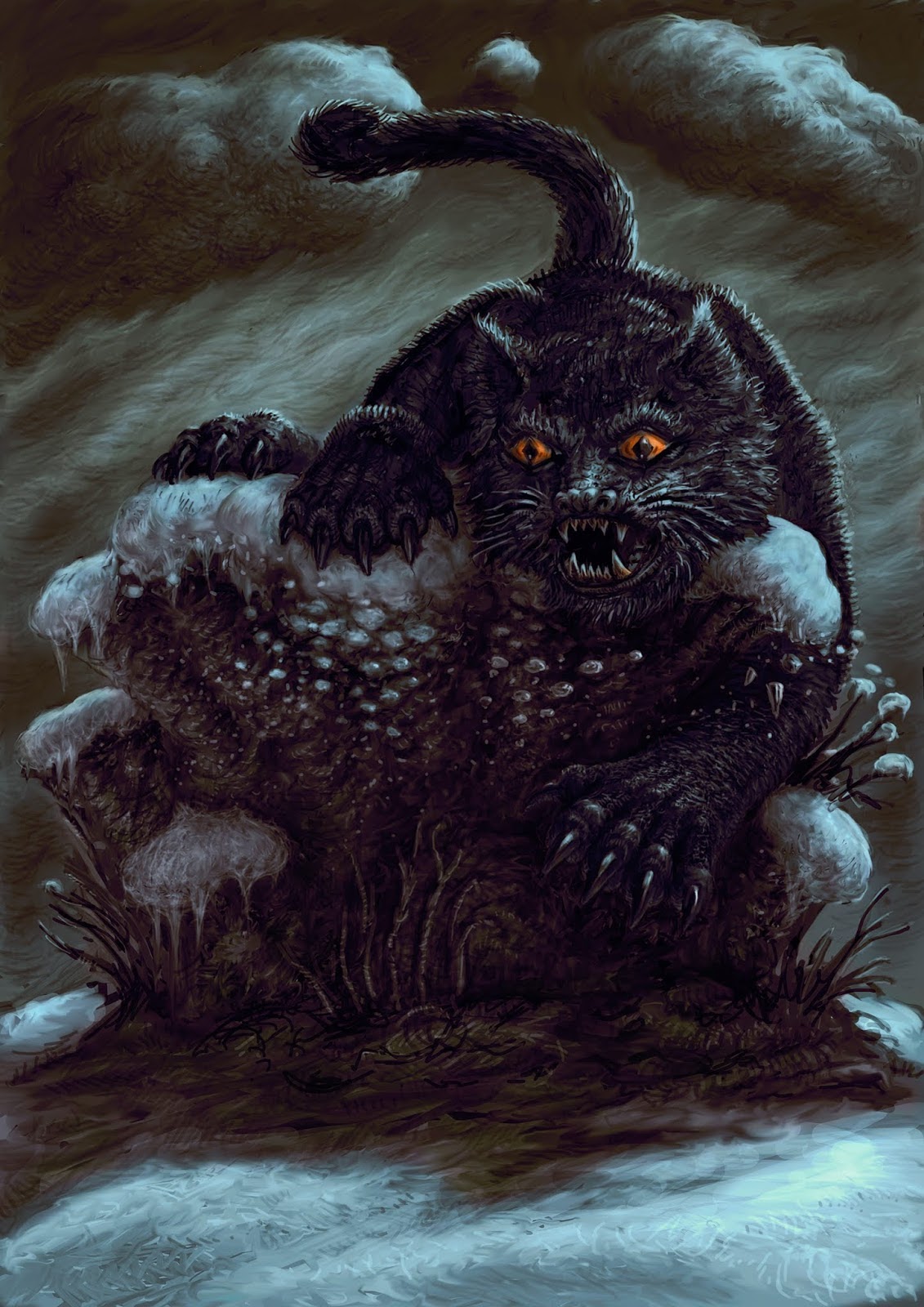 I have just heard of this Welsh tradition this year, and I think it is one of my favorites. I have found in my research the Mari Lwyd, a group of men dressed in their best clothes, and one is assigned to be the Mari Lwyd. A horse skull would be mounted on a long pole and decorated with ribbons, flowers, and nowadays lights, draped in a white cloth to make it looks as ghostly as possible. There were also two men dressed as Judy and Punch, the old puppets you see in some British movies. The man Punch and the woman Judy (this comes in later) go house to house, singing songs. The Mari Lwyd song was basically a rap battle of insults; at the end of the battle, the man of the house would open the door to let the Mari Lwyd in. And here comes the best part: Punch and Judy would enter the house where the woman, Judy, would stomp out the fire and sweep the house in the dark while the horse and Punch would run around the house chasing the woman and the kids, trying to get food and drink. Once they get what they want, on to the next house. Now this is just a summary of the Mari Lwyd; if I forgot something, please forgive me.

Here are some of my links: