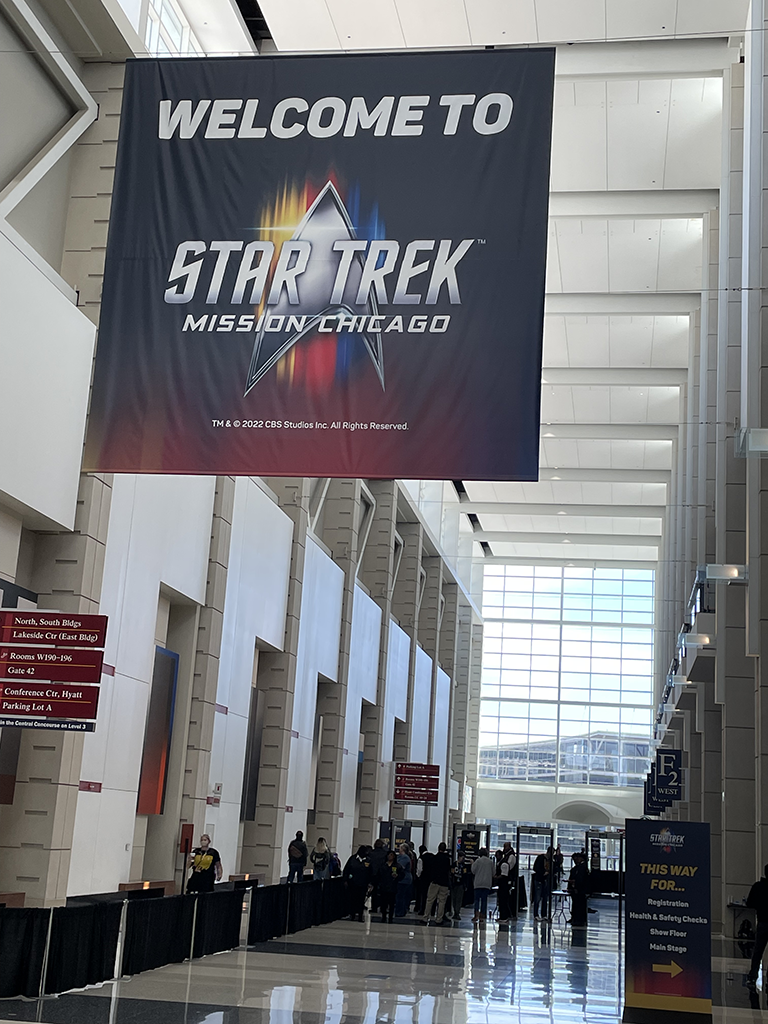 I have never been to Chicago before and was amazed by the impressive McCormick Place convention center. Star Trek: Mission Chicago was held in the West Building, and both the Marriott and Hyatt connect to it via Sky Bridges. While ReedPop put on one of two licensed conventions for Star Trek’s 50th anniversary in 2016, ReedPop is now the official owner of the Star Trek convention license, so this was the first in what will be an annual convention in various cities.  The convention was not very crowded for most of the day but fairly empty in the morning.  A couple of cool displays caught my eye near the entrance to the Vendor Room, a huge Delta Shield for a photo op and giant signage of the “Timeline of Star Trek.”  My first panel was “IDW’s Star Trek Comic Book Spotlight (Virtual Screening)” with editor Heather Antos and various comic book writers who discussed their upcoming “Star Trek” comic book projects: 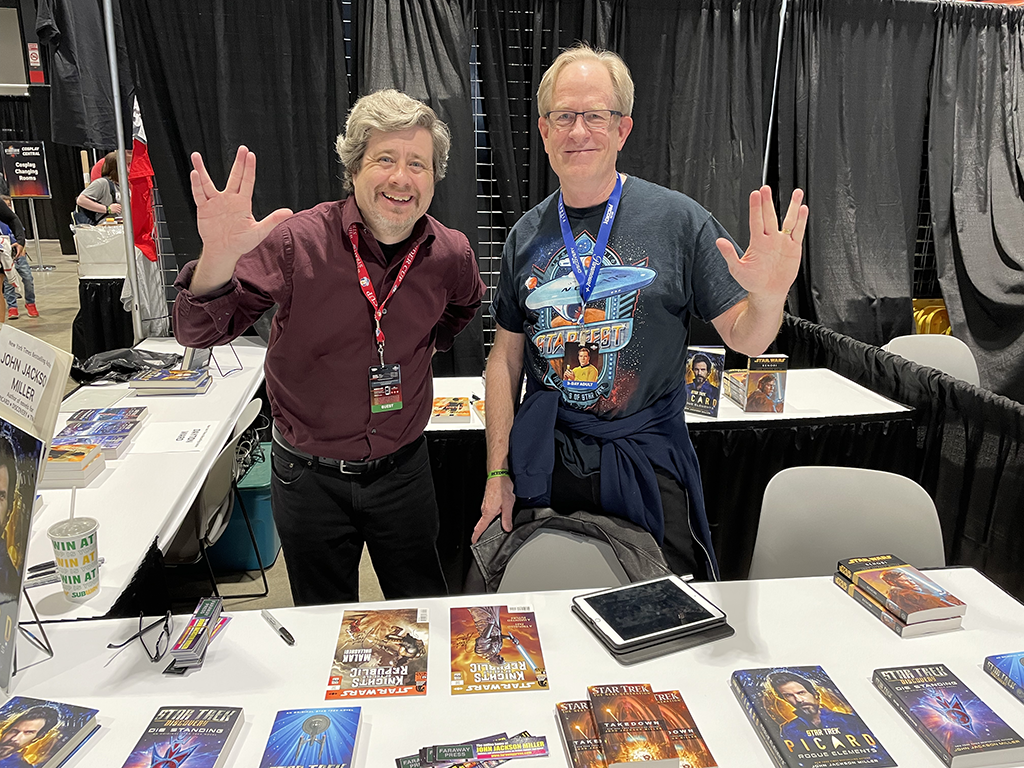 I journeyed into the giant Exhibit Hall, where the Official Merch booth was located front and center.  Lots of great T-shirt choices, pins, lanyards, jewelry and even Geordi teddy bears! I found author John Jackson Miller at the Heroes in Action table. He was selling the recent “Star Trek: Coda” trilogy from Gallery Books that wraps up the entire Star Trek literary universe! Each had a signed bookplate by authors Dayton Ward, James Swallow and David Mack. John was happy to sign a bunch of his excellent “Star Trek” novels that I had brought with me from Colorado. I wandered to the Celebrity Autograph area next and saw where Sonequa Martin-Green was signing. Today was her only day at the convention, so I chose to get a signed 8×10 which she happily inscribed “Captain Burnham” and “Let’s fly!,” which she said is her perfect new tagline on the show!  I learned she did not come up with it but loves it!  Doug Jones was signing next to her, and when he saw me, he came running over to give me a big hug!  I had ended up on stage at a Cheyenne Comic Con years ago playing trivia with Doug, and he remembered me! I could tell all his fans were super happy as he greeted everyone most affectionately.

I walked to the gorgeous “Star Trek: Strange New Worlds” display next, checking the outside walls where giant images of the new crew were displayed.  Inside the display were many costumes along with their concept art. The details of the costumes blew me away: 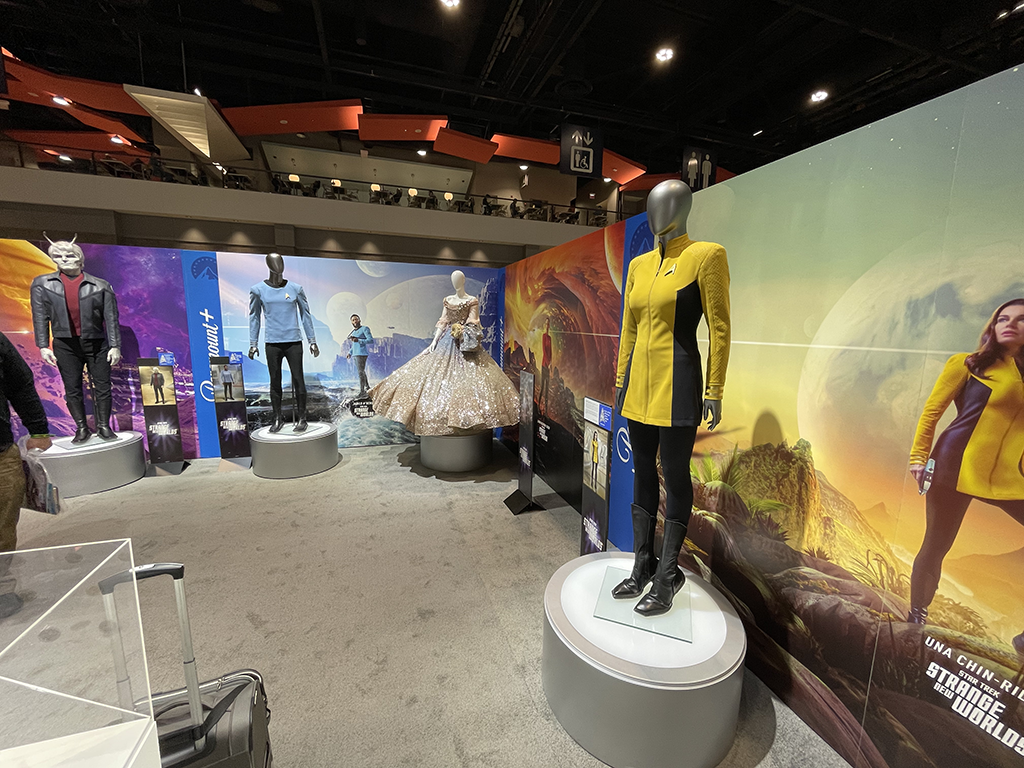 This exciting new series begins streaming on May 5th on Paramount+.

My first panel in the afternoon was “Trek Beyond the Screen w/John Jackson Miller, Dayton Ward, Christina De Clerck-Szilagyi, Jessie Earl and moderator Bruce Gibson.” There were plenty of cool announcements, including:

Back in the Exhibit Hall, I stopped by the FanSets booth to catch up with owners Lew & Amity Halboth and John Garrison from Colorado. They created three exclusive pins for the show and have a new line of TrekPROfiles magnetic and double-hinged ship pins starting with the USS Enterprise!  It is magnetic for your refrigerator, or the ship plaque folds down to create a stand!  Incredible!  I also got a sneak preview of their upcoming exclusive pin for Starfest, limited to just 100 pieces. 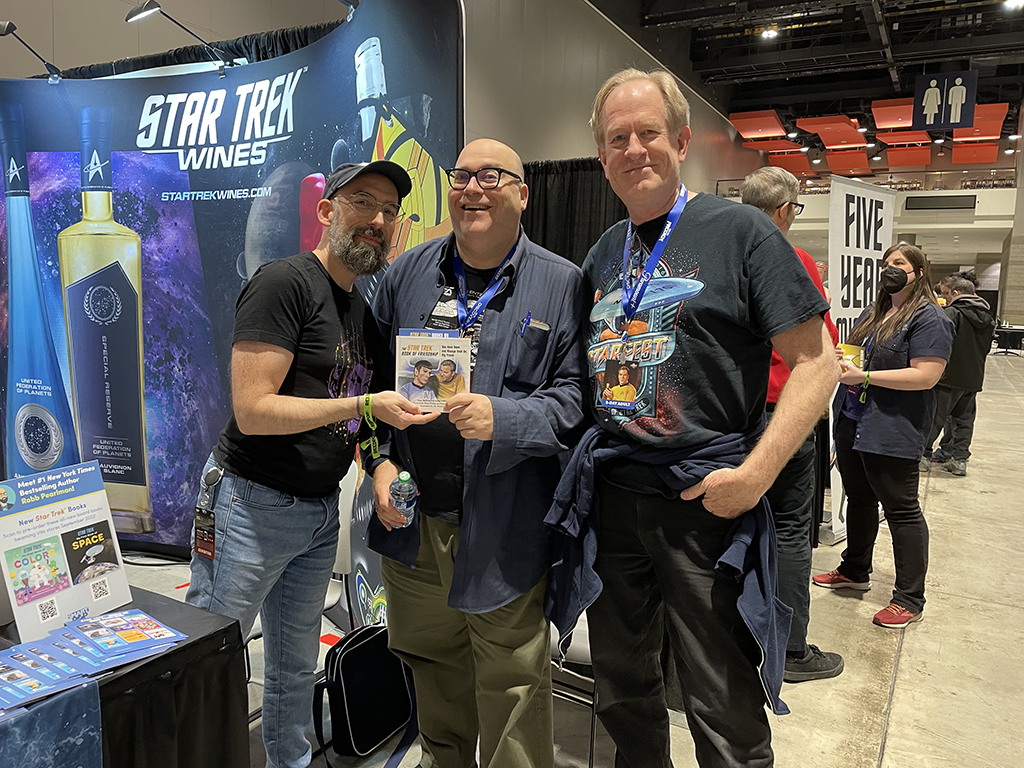 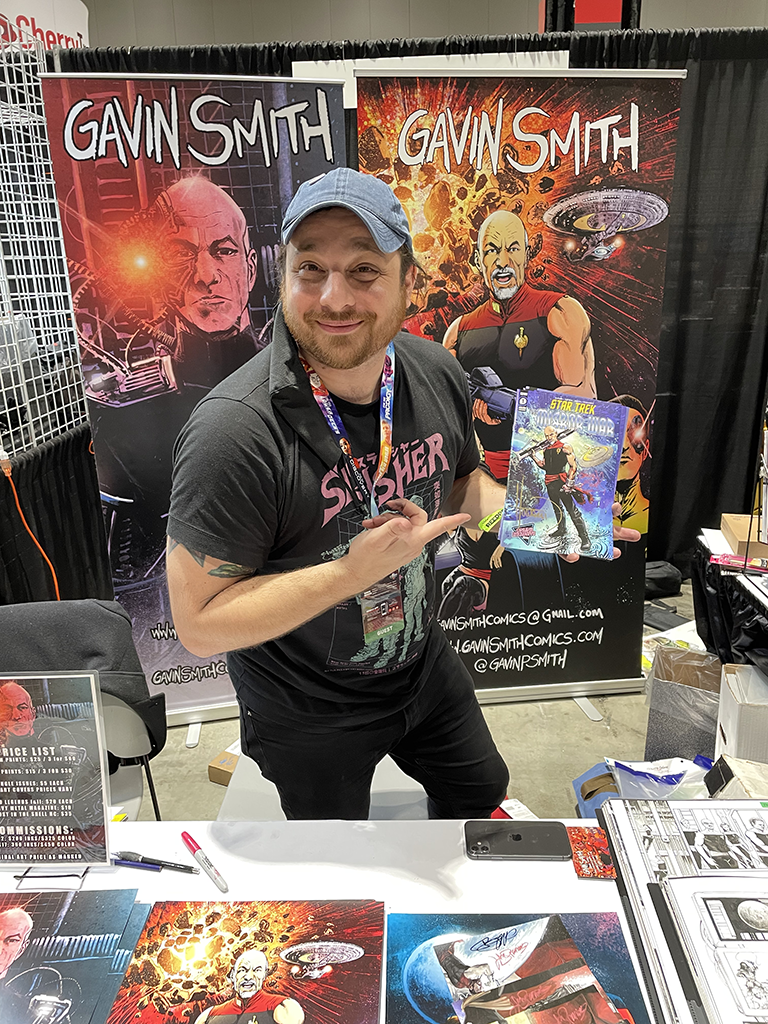 I visited with “Star Trek” author Robb Pearlman at the Star Trek Wines booth. He has written some of the most fun books, starting with Fun with Kirk and Spock and the more recent Star Trek Discovery: The Book of Grudge and Star Trek: Body By Starfleet. He introduced me to his collaborator Jordan Hoffman on The Star Trek Book of Friendship: You Have Been, and Always Shall Be, My Friend.  And Robb showed me proof copies of his upcoming Star Trek: The Girl Who Made the Stars (adaptation of the Short Trek) and the board book Star Trek: My First Book of Space written by upcoming Starfest science guest and “Star Trek” science consultant Dr. Erin MacDonald.  Next I learned about a couple of great new Star Trek wines with a bottle from Risa, likely premiering at Star Trek Las Vegas, and their first spirits, Romulan Ale!  They are soliciting input from fans online for what Romulan Ale should actually be!  The glass bottle for Romulan Ale was on display, and it’s just stunning! 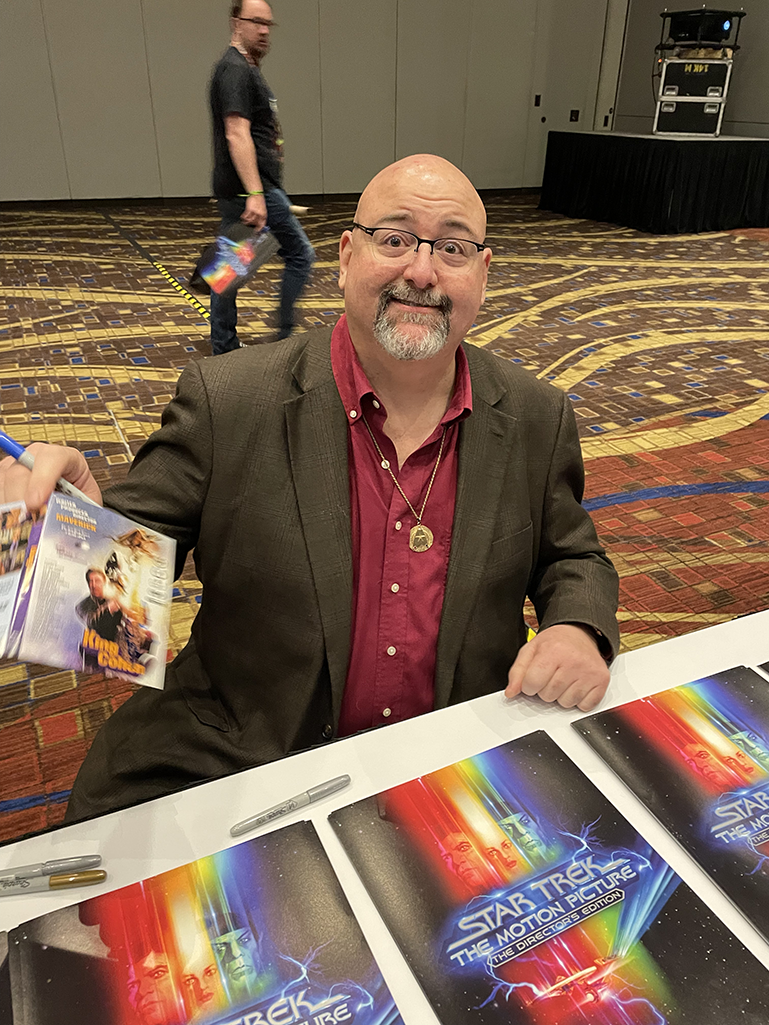 “Star Trek: Prodigy” Dal was wandering around the Exhibit Hall for excellent photo ops with fans, so I had to do that, of course! Then it was time to go to the Main Stage for the first time for the 4pm “Star Trek: The Motion Picture – The Director’s Edition Screening with producer David C. Fein.” Fans were given 11×17 mini-posters at the entrance, and David was holding an audience Q&A about the restoration of the film for the 4K UHD release (currently on Paramount+).  I must admit the film is even more visually stunning than the first time I saw it in December 1979 on a giant curved-screen theater in Washington, DC.  After the film, a table was set up so fans could have David sign their mini-posters.  All in all, while a little low-key, Day 1 of Star Trek: Mission Chicago was most enjoyable!