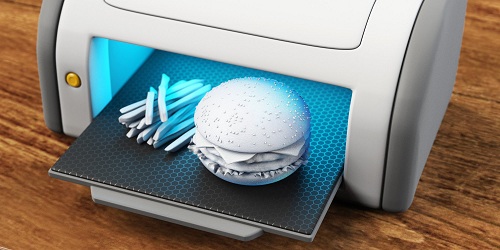 There is no doubt that Star Trek has inspired many real-world technical innovations. Holograms,  tricorders, Geordi’s visor, and cloaking technology are just a few examples that have seen substantial development in the last 10 years. While all these examples will have a huge impact on the world when finally introduced to the general public, there is one piece of tech that I feel will change the world more than anything. 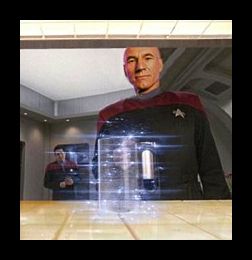 The replicator is one of the best-known pieces of future tech. Even those who have never watched Star Trek know of the replicator, the ability to create just about anything you need in the blink of an eye by simply asking a computer. While we are not there yet, many companies have been working towards this goal and have made some amazing advancements in construction, medical, robotics and even food.

The 3D printers extrude melted plastic from a nozzle layer by layer, to slowly build up a model. Printers that use a stereolithography process work differently. Models are built up layer by layer, but instead of extruding plastic, a high-definition beam of light hardens a photosensitive liquid resin into thin layers. I know that this isn’t exactly the Star Trek replicator, but I believe it’s the closest we can get.

3D printers are nothing new. In 1981, Hideo Kodama of Nagoya Municipal Industrial Research Institute published his account of a functional rapid-prototyping system using photopolymers. A solid, printed model was built up in layers, each of which corresponded to a cross-sectional slice in the model. And three years, later in 1984, Charles Hull invented stereolithography.

Since then, 3D printing has come a long way and is proving to be a valuable resource for companies around the world. While companies have shown that 3D printing can be used for anything from building houses to creating simple temporary organs, the main drawback so far is the time it takes to complete a print. While being able to print almost anything is amazing, having to wait hours or even days for your print can be frustrating (especially if it fails at 90% completion).

Luckily, though, the researchers from EPFL’s Laboratory of Applied Photonics Devices have developed a new method allowing stereolithography printers to create tiny 3D objects in seconds. The way they have accomplished this is instead of using a single laser to build up a model layer by layer, they’re bombarding a vat of resin, or other photosensitive materials such as biological gels, with multiple lasers coming from several directions at the same time. 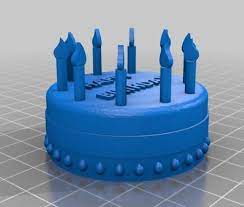 So far this printing technique can only print up to 2 centimeters, with details as small as 80 micrometers,  but the company is confident that they will soon be able to produce much larger prints in less than a minute. While you may never be able to create a birthday cake or a cup of Earl Grey tea, the ability to create the serving dish for your cake or the mug for that tea in less than a minute is still amazing.