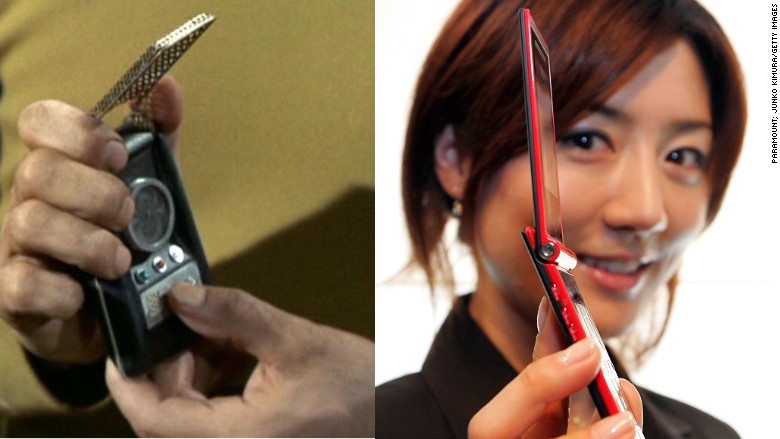 Greetings from the 55-year mission convention in Las Vegas!! When last I left you, my fellow Trekkies, I had listed seven pieces of technology that were inspired by or taken directly from our beloved Star Trek. With the 55-year anniversary of Star Trek coming later this year in September, I want to give you eight more amazing technologies we have today that were inspired by Star Trek. I do not know if Gene knew what he was creating when he started dreaming of the Utopian future that would be Star Trek. There has now been a total of 13 movies and 10 different TV shows, with the new upcoming shows on Paramount. With that being the case, there is plenty of technology in Star Trek to choose from.

More than just a cosmic science-fiction journey, Star Trek often sets the stage for weird and wonderful technology. If you’re reading this on a smartphone or a tablet, you’re holding definitive proof that an array of innovations represented on the show have managed to go beyond the drawing board. Here are another eight of my top choices.

Let us start this list with a simple one, one that we all use on a daily basis.

Ok, now let’s get a little more advanced; on to the next one.

This next one could one day help save lives.

Our next piece of tech on the list is one that could help open many people’s eyes.

Keeping with the medical tech, this next one’s for you if you’re afraid of needles.

Looking out your window could have a whole new meaning with this next piece of tech.

Next one on the list may not be advanced tech, but I know I want one when the time comes.

Since the pandemic sent many of us to work from home, some of us may have used a form of the last one on today’s list.

Thank you all for taking the time to read my picks for Star Trek-inspired technologies and devices we use today. We have come a long way since Star Trek premiered in the 60’s, and I feel we have a long way to go too. I hope with so much Star Trek coming on the horizon, we get much more Star Trek-inspired tech coming our way. Who knows, maybe one day soon we’ll all get to ride a lipstick tube-shaped rocket into space!!

Until next we meet again, my friends, as always, stay safe out there, and live long and prosper.