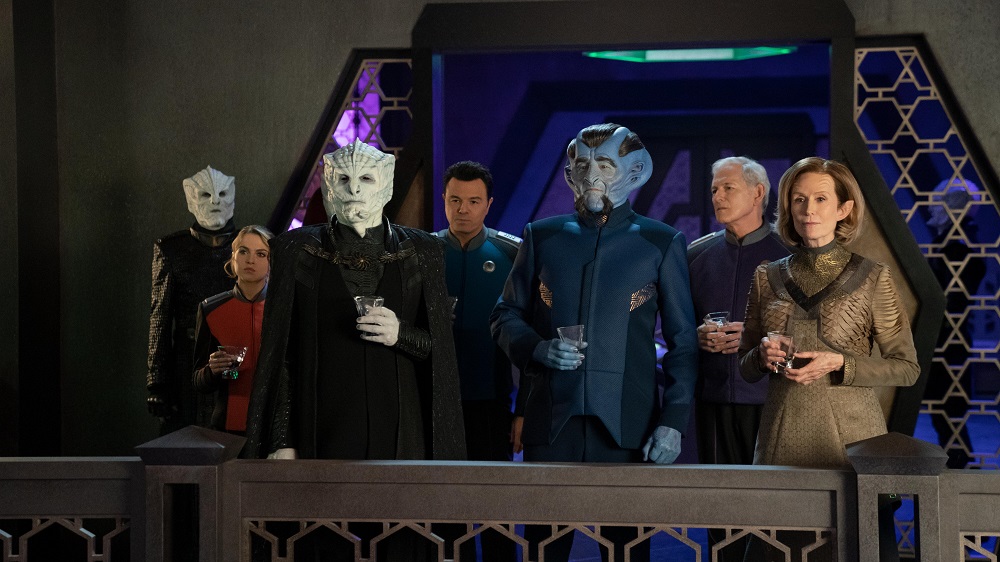 The Orville third season, New Horizons, has yet again given us a fantastic episode that teases a long future for Orville. When watching Sci Fi, it should challenge our preconceptions of the universe and what’s out there. Up until now we didn’t know what the Krill home world would show us; I’m sure, like me, you had your own preconceptions of what we may find when and if we ever got to visit the homeworld of one of the strongest people in the Orville universe. Our first look at the warrior civilization that worships the god Avis is a very similar look into our own political overtures. We find Teleya, the Krill operative that posed as a human at one point to get close to Captain Mercer. She was caught and imprisoned, but Mercer, being the person he is, ends up letting her go. Now fast forward, and we see Teleya running for Krill Supreme Chancellor; she is almost inciting a riotous crowd with a speech calling the current Krill Supreme Chancellor, Koran, a false prophet. She stands vehemently against a treaty with the Planetary Union, spouting the rhetoric “Krill comes first” in a Trumpian speech that rouses a large and angry crowd.

The latter half of the episode is almost perfectly balanced and oftentimes quite exciting. Even as the Union delegation approached the surface of Krill (before the coup started), the scope of the episode is evident and epic. The musical score swells to John Williamsian proportions, while the Krill homeworld itself has a strange dark beauty to it, reminiscent of Blade Runner. Seeing the capital city of Dalakos was an amazing way to build the Orville universe and gave the episode a larger cinematic sense than television can often offer. While on Krill, the election is held, and Teleya is elected the new Supreme Chancellor. This puts the Orville crew and the delegation in a very dangerous situation, as they’re all immediately arrested and thrown into prison. This follows the public execution of Koran, perhaps the crew’s only ally on Krill. Now it looks as if the crew and delegation are going to be executed as well. Meanwhile, above the planet, the Orville makes a spectacular but narrow escape as they are surrounded by Krill battle cruisers. 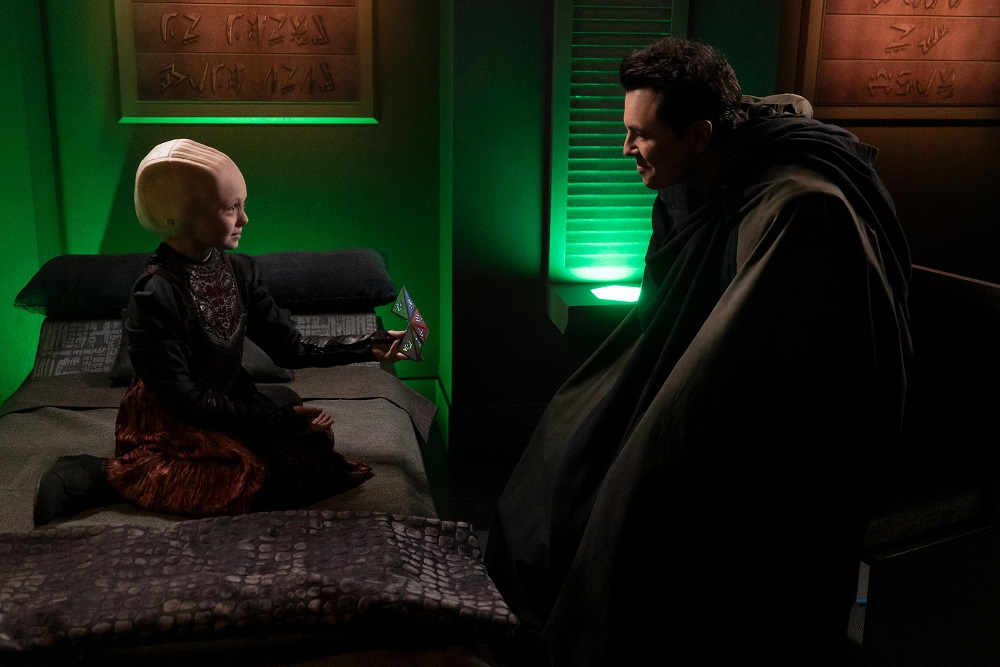 Back down on Krill, Mercer is summoned by Teleya to discuss the delegation’s situation. Teleya tells Mercer that she intends to kill everyone and will also destroy Orville should it return to Krill. As Mercer is led back to his cell, he is mysteriously led out of the compound by two guards, with no explanation. When they slink through the streets of Dalakos like the Krill version of rats, inexplicably again, Mercer is just as suddenly taken by a small faction of armed Krill. The guards that led him out are killed in the street, and he is taken to a small underground building. While there, a small faction that opposes Teleya reveals to Mercer that he and Teleya have a daughter, an adorable half human-half Krill named Anaya. Teleya has provided for the girl but never visits, fearing the child will taint her image in the eyes of her rabid supporters. 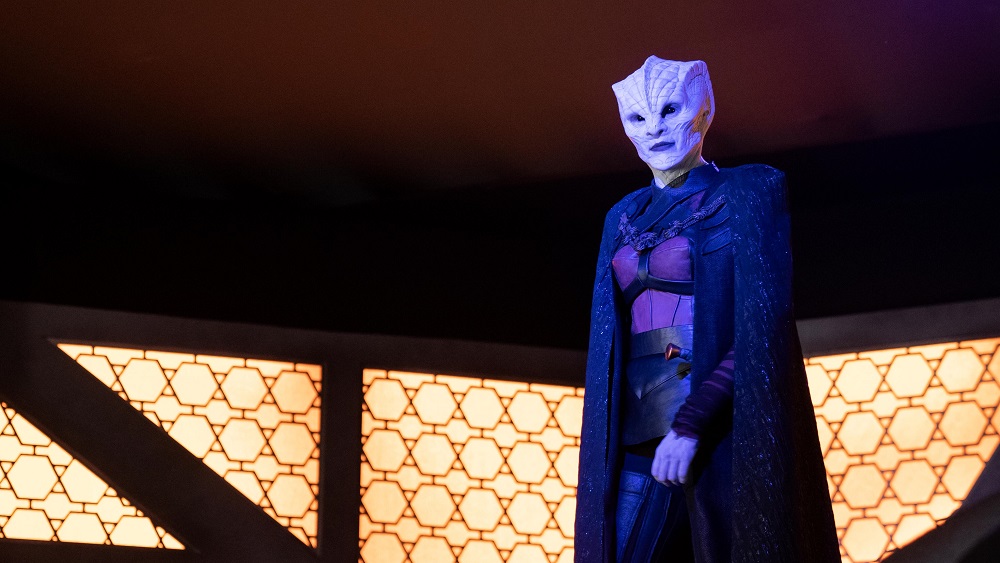 Mercer goes back to imprisonment to confront Teleya about their daughter. Teleya reveals that the name “Anaya” is the reason for the title of the episode, as it means “Gently Falling Rain.” Yet sadly, once again, the forceful “textual” subtext of the episode quashes any emotional momentum this heated and passionate exchange builds up for the episode. As a slapdash conclusion to Mercer and Teleya’s argument, the writers added a parable about abortion, which is certainly a loaded and touchy subject, to say the least. Mercer poses the question to Teleya that if Anaya is such a burden, why did she have her in the first place? Teleya takes Mercer to a nondescript Krill clinic, where she shows him what the Krill do to those who choose to terminate a life. In a barbaric practice, the Krill take the DNA samples from the parents and create a simulation of exactly what the lost child would look like later in life. It is meant to be barbaric and hard to watch, as the audience is clearly not meant to sympathize with the Krill’s pro-life philosophy. I won’t touch on the politics of this particular question, but it seems the writers have no such shame. 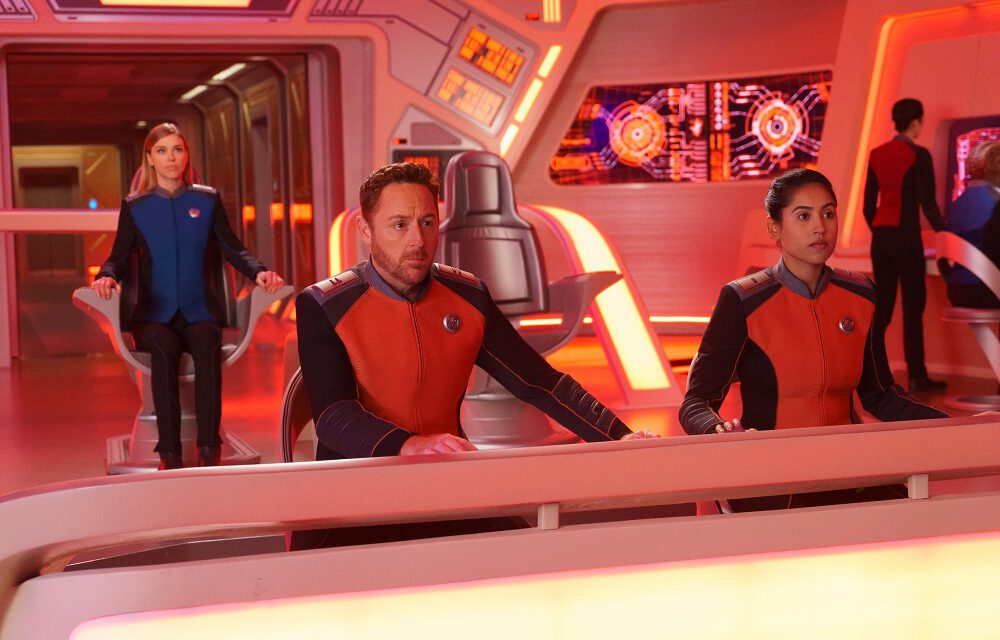 What has been enjoyable about this season so far is that many of the episodes have set up storylines that will undoubtedly come to haunt the crew of the Orville. This episode, while thinking about the future and setting up darker story paths, also contains several heartfelt moments. Mercer having a daughter is a great story thread. Talla (Jessica Szohr) was promoted to Lieutenant-Commander, and while celebrating with her fellow senior officers, she and LaMarr (J. Lee) had an unexpected flirtatious moment, and it will be interesting to see how this could evolve in the future. This was, for the most part, a superbly well-acted episode with a well-balanced story, a story which has reshaped the fabric of the show and its main characters. While the writers could have found an iota of better balance, it’s exciting to think of them playing the “long game” when it comes to the journey of the show.