Other seasons of sci-fi shows come and go, but ‘The Orville’ will almost certainly be missed the most. The final episode of season 3, and what could be the final episode of the entire series, is aptly named Future Unknown. We don’t really know what the future holds for our heroes, on or off the screen. We seem to have some resemblance of peace in the Planetary Union at this time; however, there seems to be so much happening just on the Orville itself.

We begin with a thoroughly entertaining set piece in which Lt. Cmdr. Bortus officially reunites with his former mate Klyden. In true Moclan style, it’s a primeval ritual based on pure animal-like lust; however, it does get Isaac thinking about bonding rituals, like marriage. He does some background reading and then opts to propose to Dr. Claire Finn in the middle of the mess hall. He explains that he based his actions on calculating courtship duration averages for biological life forms, cross-referenced them with Dr. Finn’s current age, and determined that this is an appropriate time for them to formalize their coupling. Who said Tin men can’t have a heart? Not this guy; I believe everyone has some out there for them, just waiting to be found. 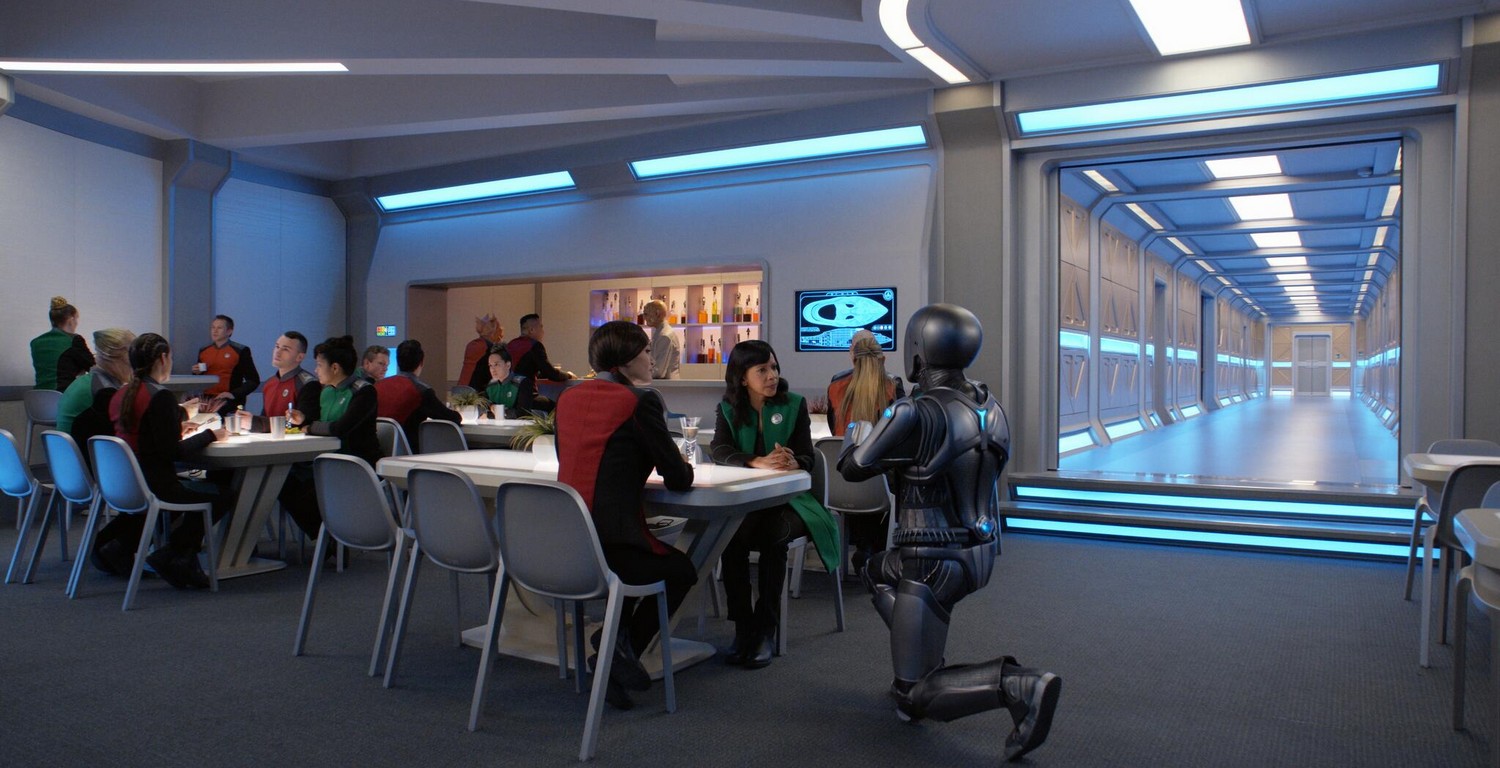 In the meantime, the Orville has been ordered to proceed to Sargus 4 to make contact with a science team there. Now, cast your mind way back to the first season episode “Majority Rule” (S01, E07) when then Lt. John LaMarr in his infinite wisdom demonstrates a “too grindy” dance to Lt. Alara Kitan on an important-looking statue, in a very public place, in the middle of the day, in the middle of the working week. Needless to say, this all escalated rather quickly, and, before you can say, “People are obsessed with popularity,” he is incarcerated and forced to undergo a trial by social media. Sargus 4 is very roughly at the same stage of technological and sociological development as present-day Earth. Only one young girl, Lysella, who works in a coffee shop, is able to help them. In fact, she is brought up to the Orville in a shuttle in order to help LaMarr boost his online profile, which is what ultimately saves him. Then the Orville leaves and sends its report back to the Union; all seems good. However, even though we don’t see it in that Season 1 episode, we are led to believe now that Lysella actually pinched a communicator while on the Orville. This is the beginning of the subplot of this episode. I don’t think it needed one, but I’m not one of the writers. 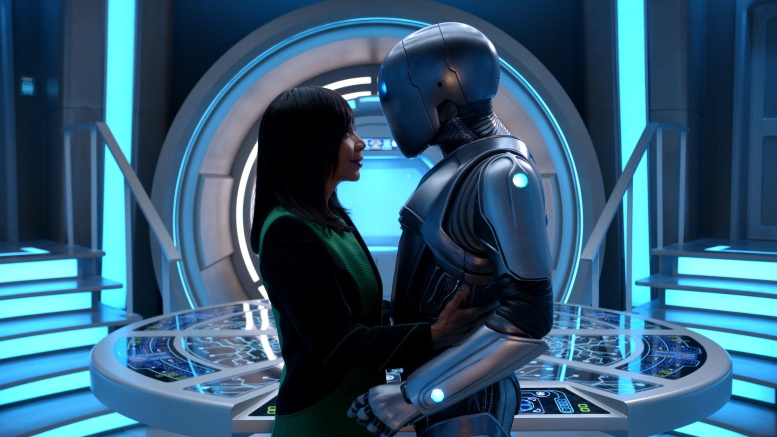 While en route — and while Dr. Finn considers and contemplates Isaac’s offer — the Orville picks up a signal coming from the surface that’s on a Planetary Union frequency, and it’s not the science team. Turns out Lysella has been broadcasting for months (on her stolen transmitter), hoping that someone would take her off the planet Sargus 4 and back to a far better future. In essence, she’s requesting asylum — and it’s granted. Then we start to take an interesting, deep dive into this seemingly straightforward action. This subplot goes back and forth, with Lysella struggling with wanting to go back and help her planet and staying with the Orville. She finally decides to have the Orville take her back, and when she’s getting ready to leave, she tries to steal a com scanner loaded with technical readouts of a whole host of Union tech. They obviously stop her and convince her to stay, and she seems all happy. 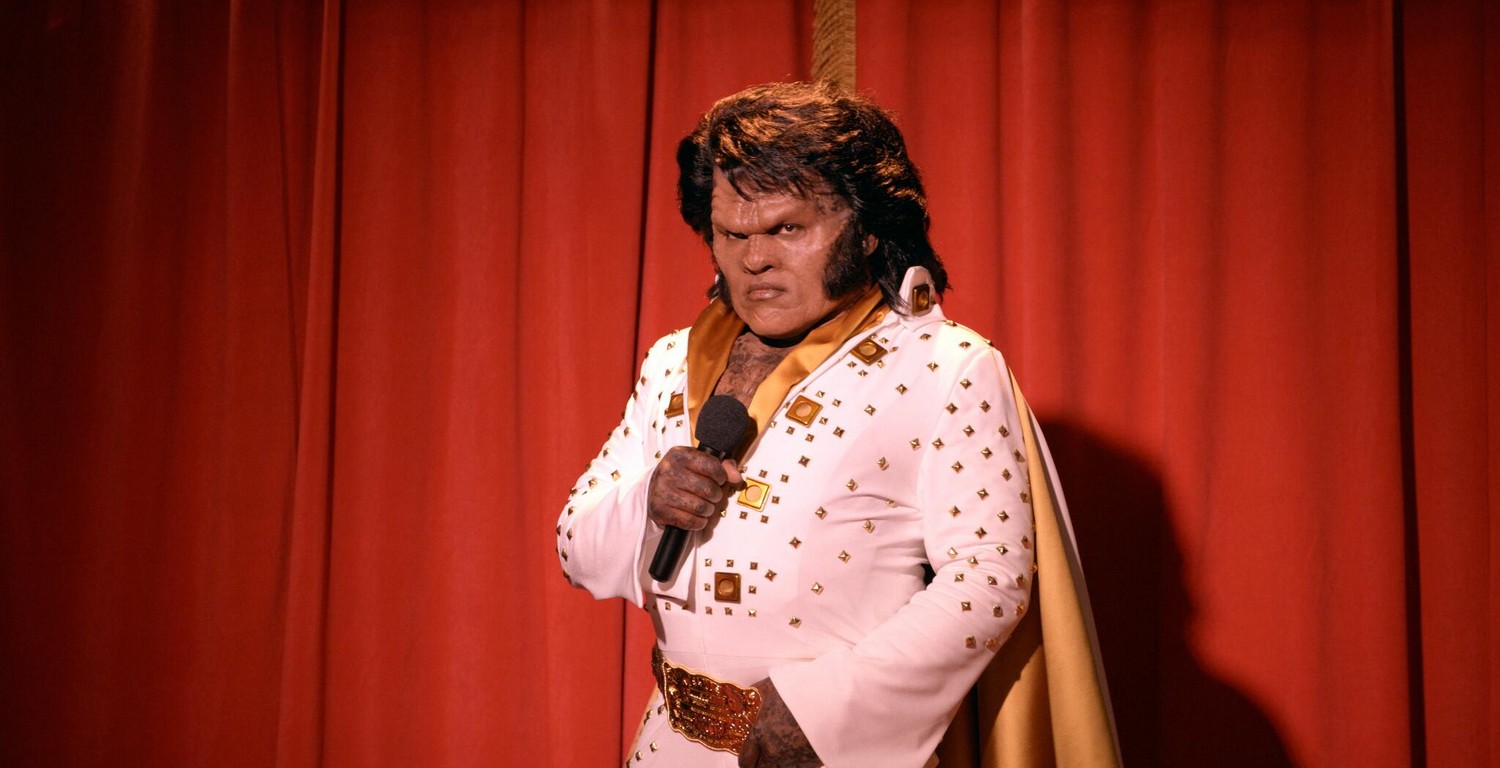 Now back to the main plot, Isaac and Doctor Finn. Meanwhile, preparations for the wedding between Isaac and Dr. Finn continue and Bortus takes over the best man duties, much to Malloy’s annoyance. The result is a predictable but thoroughly entertaining stag night — because it’s so bad — and then an awesome hen night, complete with Isaac (not really, they’re in the simulator) showing every off-duty female member of the Orville’s crew just how well-oiled his servos are and that his nipple nuts come with optional tassels. Further trademark, subtle-yet-sidesplitting amusement is added when Isaac invites the entire Kaylon fleet to the wedding (that’s 4000 ships and 10 billion Kaylon). It’s really a beautiful event. Bortus makes a complete mess of the speech, so Malloy steps in and saves the day. Even Lt. Alara Kitan makes an appearance. We end the reception with Malloy pulling out his guitar and singing a song. It is in fact a beautiful ending to the episode, season, and what could be the series. 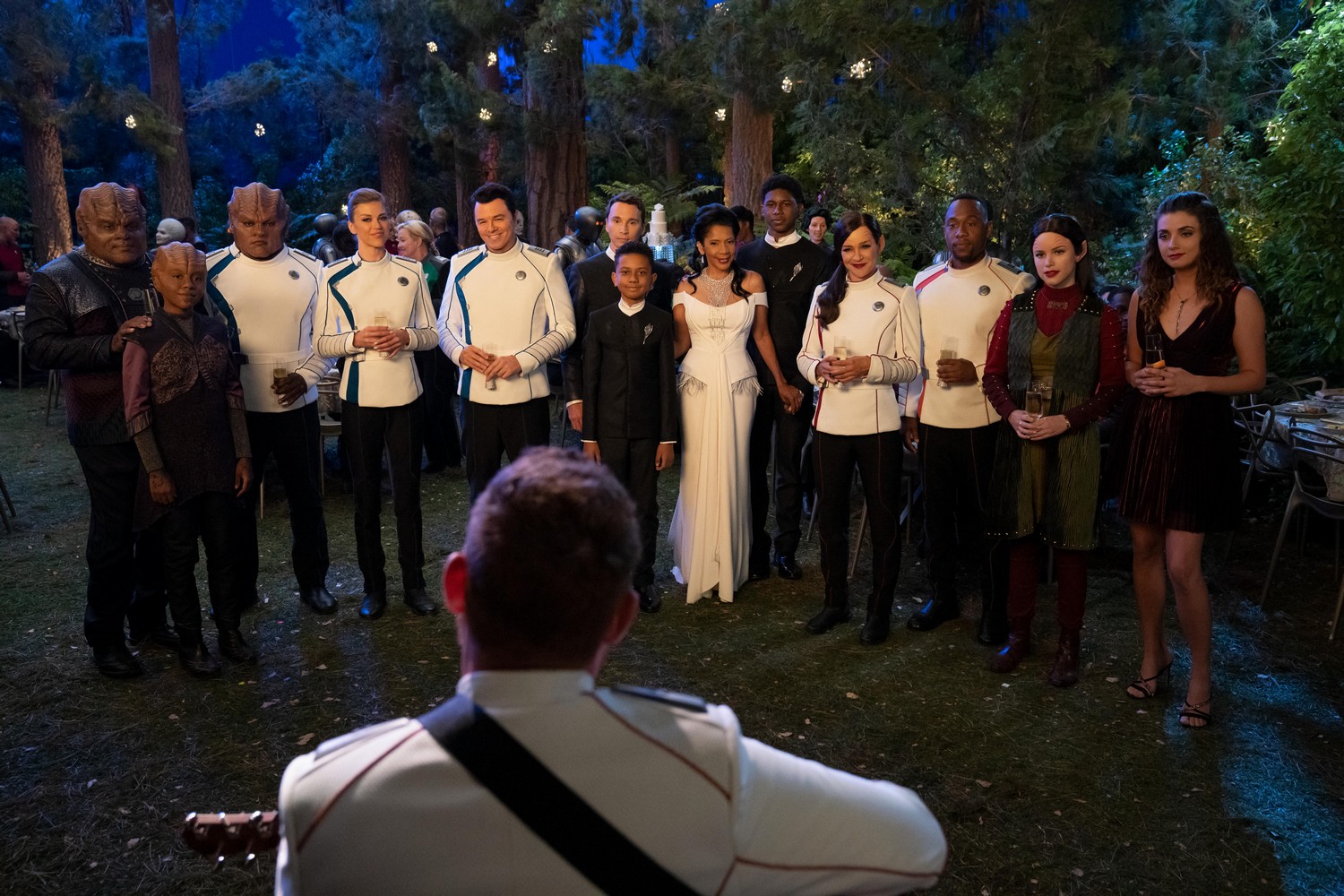 As for the future of Isaac and Dr. Finn, well, we can only speculate. And as for the future of “The Orville,” we’re cautiously optimistic. There are still many plot threads that could be incorporated into Season 4, not least of which is the revealed identity of Heveena’s operatives on Moclus, the future of relations with the Krill and the Moclans and … will Lysella join the crew? I truly hope MacFarlane, Hulu, and ultimately Disney come to some sort of agreement for a season 4.

I hope you all enjoyed watching this season of the Orville, and I also hope you enjoyed reading these articles as much as I loved writing them. Until we meet again, my friends, live long and prosper!