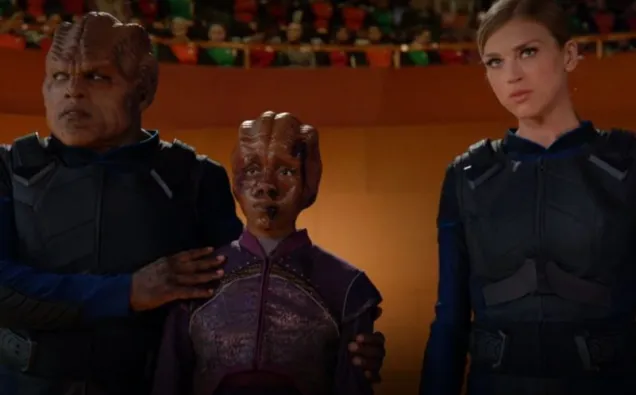 Season 3 of The Orville has been a roller coaster ride of emotions so far, and this week is no different. The Orville: New Horizons reached a watershed moment when it came to diplomatic situations for the Planetary Union, given the uneasy tensions with the Moclans. The episode “Midnight Blue” follows the ship as it follows up on the all-Moclan female colony sanctuary world. Since the all-male-dominated planet of Moclus considers the presence of females a threat, the colony is under the watchful eye and protection of the Union, similar in the vein of how democratic Taiwan is “protected” from communist China without as much convoluted jargon. 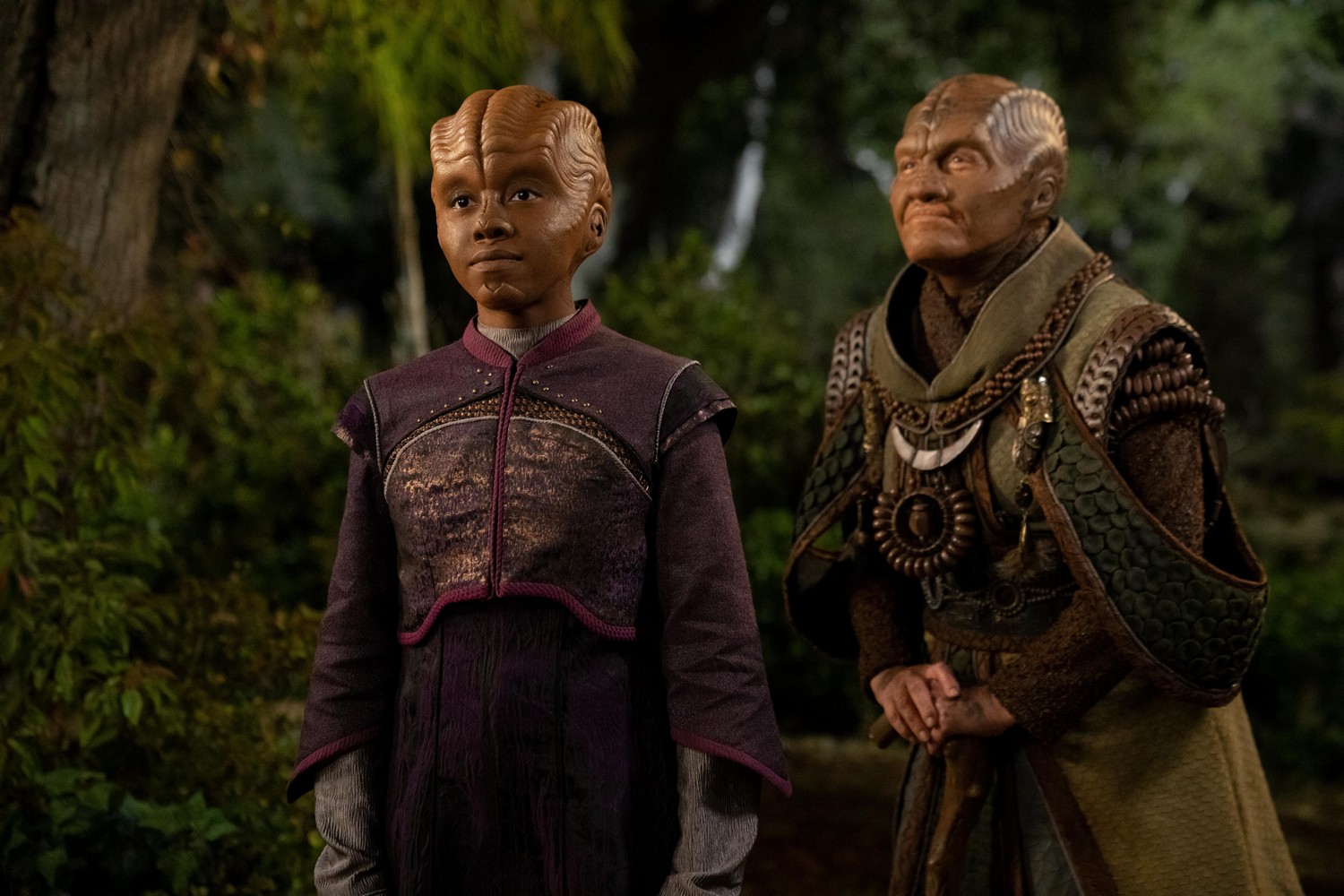 Much of the episode revolves around Haveena, the elder Moclan female, who’s an inspiration to Topa. The agreement in place established in a previous episode between her, Moclus, and the Union is that she would stop trying to smuggle female-born Moclans to the colony while the much more militant Moclus would grant the colony autonomy. On Moclus, male babies would be left alone, and any females are forced to be altered to male following birth. While it was an uneasy truce, the agreement obviously didn’t sit well with Haveena, as it allowed Moclus to continue the practice, and since Topa was changed back to her original birth gender in a previous episode (“A Tale of Two Topas”), the seeds were sown for the next contentious intergender conflict. We open the episode with Admiral Halsey sending Grayson and Bortus to The Sanctuary to ensure that there has been no breach of agreement between the colony and Moclus. Topa comes on the trip with Grayson and her father, and while they did initially deal with prejudice from the Moclan delegation there to do their side of the inspection, it is otherwise a very reaffirming experience for Topa to see other women like her, and the society they’ve built.

This is the first instance in an epic episode where the show begins to drag somewhat. It is certainly an important moment for Topa, but the time she speaks to Haveena, has dinner with the colony and chases the lightning bug luminites almost feels like an entire episode on its own. Enter Haveena again as Topa is chasing the lightning bugs; she has a fairly long dialog with Topa, ultimately convincing her to join the underground movement to rescue female Moclan. Topa is noticeably conflicted, but as she’s processing what she just learned and agreed to, she sees a blue lightning bug and starts to follow it away from the village. Now we have all seen enough movies in our lives to know that this is not a good idea, and this time is no different. As Topa wanders further away, she starts to hear some odd sounds, like a twig snapping or some leaves rustling. She hides at first, but it’s no good as she is ultimately kidnapped and taken off-planet to a secret location for integration. 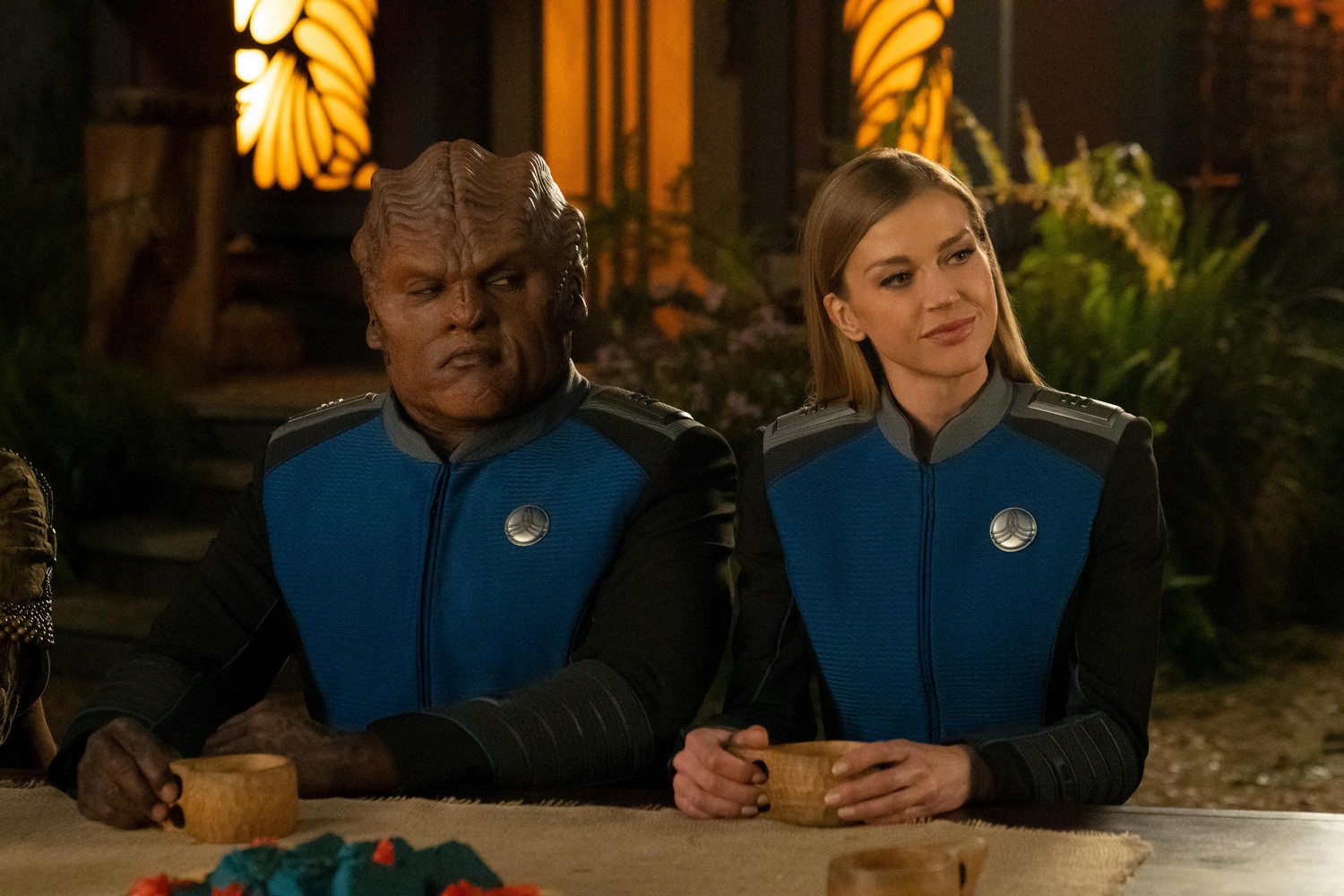 When this has been realized, the Orville crew springs into action, contacting Union Central and trying to get Moclus to reveal where they’ve taken her. However, like any government that is performing clandestine operations, they completely deny the events and act offended at the accusations. Now Mercer needs Haveena’s help to admit what is happening so that the Union can conduct an investigation without instigating the Moclans, and the exchange between a steadfast Haveena and a frustrated Mercer is among the best writing of the series. Haveena refuses to admit to Moclus that she continues to rescue infants and those who seek refuge, which spawns a poetic response from Mercer that while he respects her struggle, she was wrong to try to recruit a child, and that she cannot “advertise tactical opportunism as pious morality.” 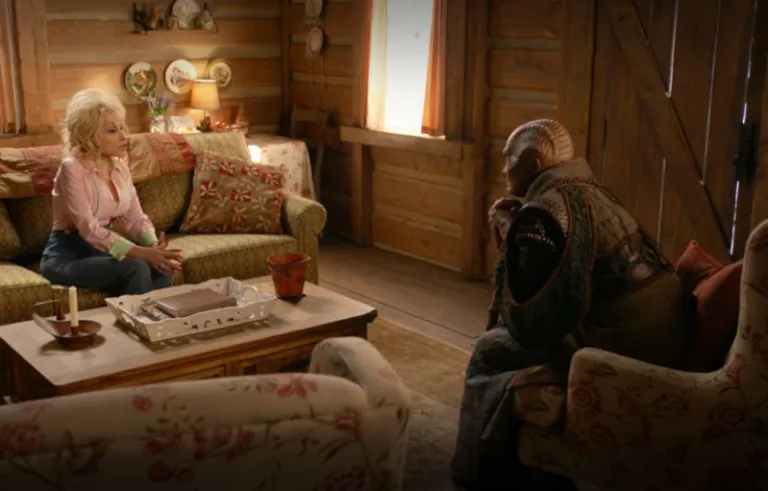 While Mercer and the Orville take Haveena back to Earth to appear in front of the Union Council, Bortus and Grayson take their shuttle and chase after the Moclan Quantum trail. They ultimately find this secret base and come up with a plan for the two of them to sneak in and rescue Topa. Over the next few scenes, the episode jumps back and forth from the Union Council arguing about the Moclans and Bortus trying to rescue his daughter with the help of Grayson. During this time, we are shown just how much the Moclans truly hate women, as we watch the Moclans’ greatest interrogator torture Topa for information about the underground movement. It’s extremely hard to watch as she is beaten and electrocuted by someone who seems to have no feelings whatsoever.

Ultimately Bortus and Grayson do rescue Topa, but she has suffered greatly. When Bortus sees what has been done to her, needless to say, he snaps and ends up beating the interrogator, so much so we’re not 100% sure he is alive when Grayson finally gets Bortus to stop and make a hasty exit. They’re able to escape and head back to Earth. Topa refuses medical treatment, as she wants to walk into the Union Council Hall and let everyone see what has been done to her. There is some more back and forth, but ultimately the Moclan delegates watch as the Union Council votes, unanimously, to kick Moclus out of the Union. This has now put the Union in a weaker position in the galaxy, as Moclus was their main source of weapons. However, that story is for another day.

I want to say this episode was magnificent, in my opinion. It’s extremely hard to watch but can really help people open their eyes to what could happen if we don’t change the way we currently treat each other.